Since it's been a little while again, I went and pulled out some photos from September 18, 2013.  This was an interesting chase.  It was a storm that, while it was severe warned for a little while never really stood a chance of doing much of anything. 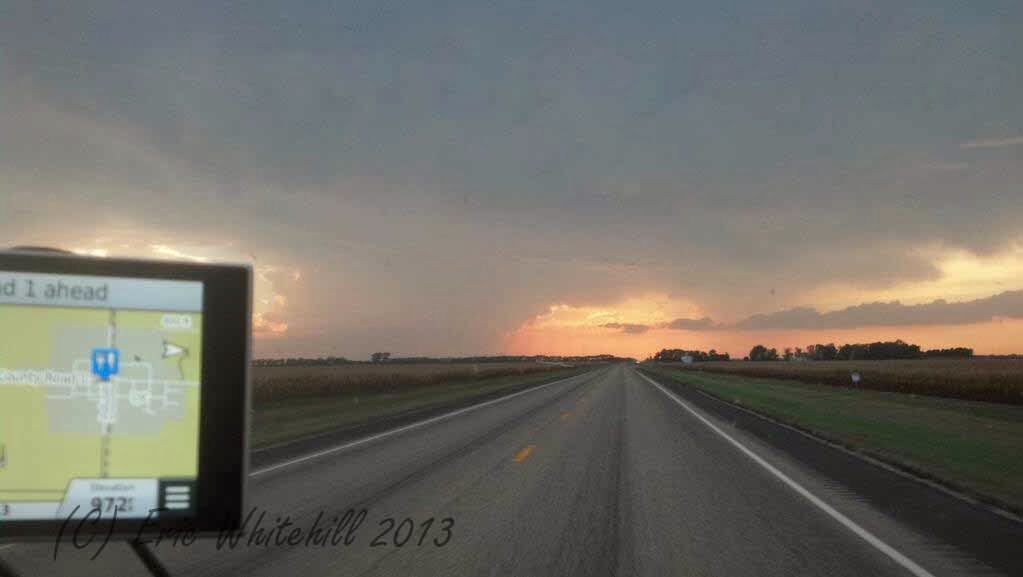 One thing I remember was the moon rising this night.  Really made for a pretty background to the storm. 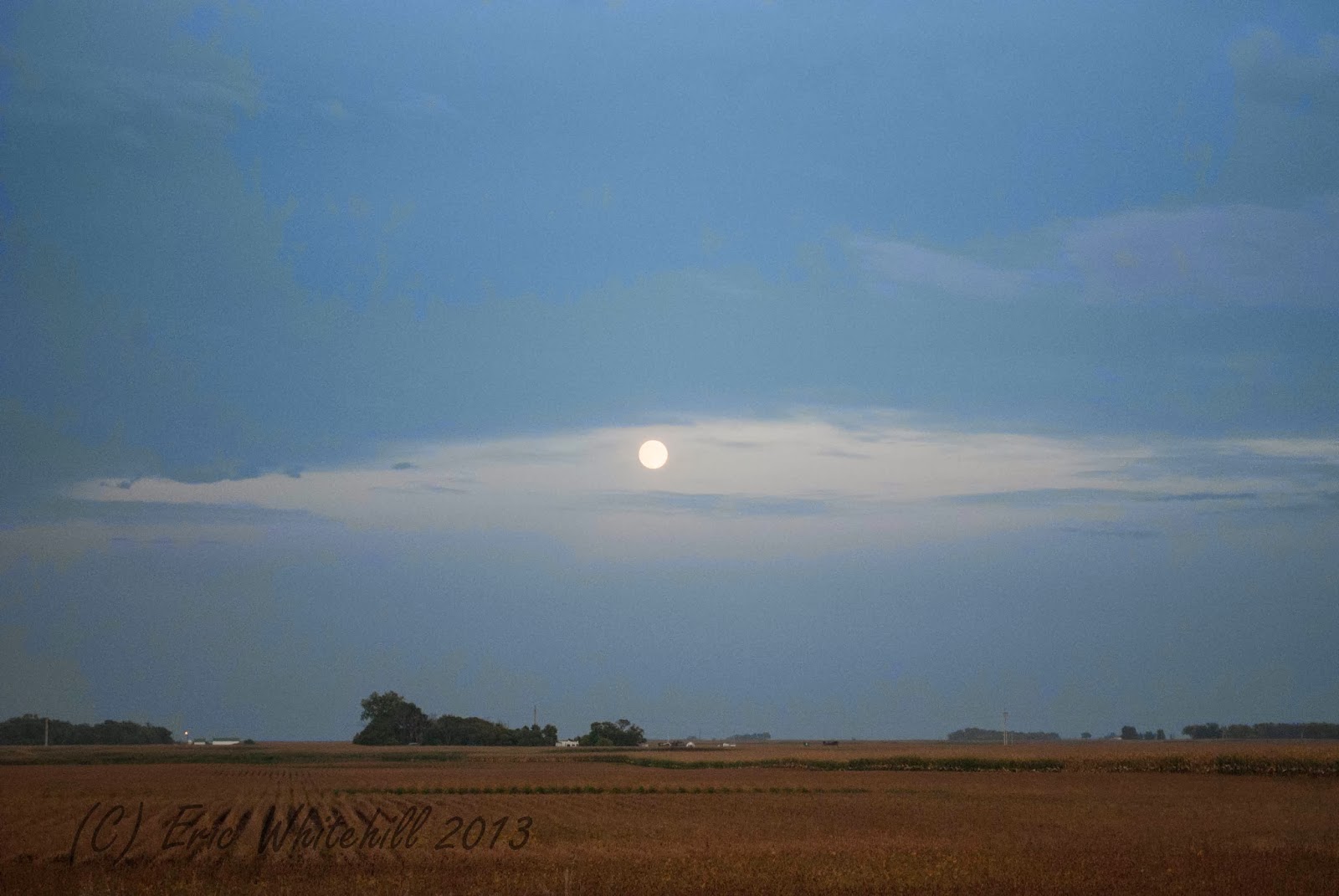 And a little while later as the sun continued to set. 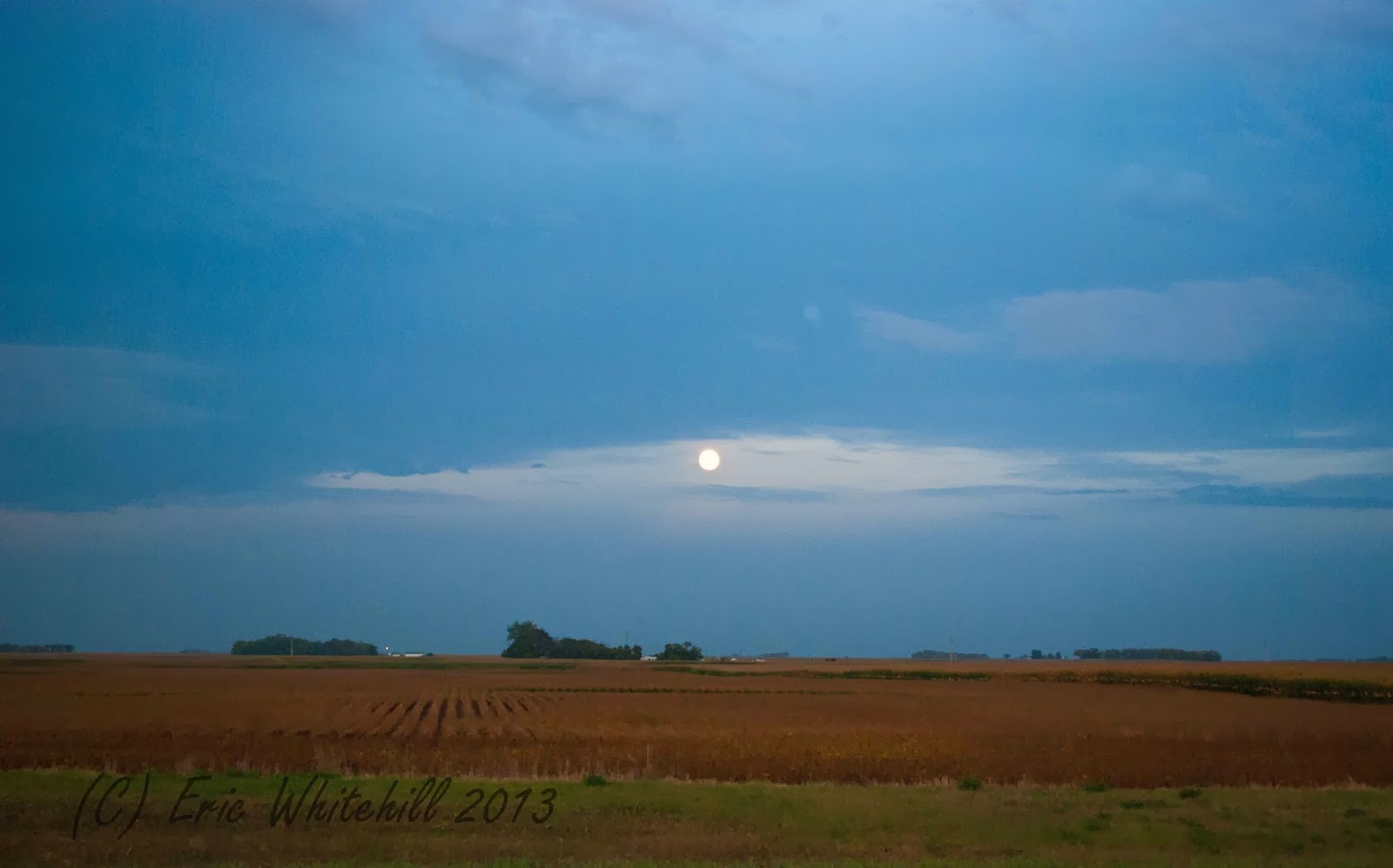 I got sidetracked by the moon rising I almost forgot about the storm!

And that was it.

Once I got home, there was another storm to the north that was tossing off some lightning.  Unfortunately, my lightning-fu was off this night, and my best shot was pretty bad.

If you look at the bottom, you can see the shelf moving in.  Pretty nice, but I figured no one wanted to see the house in the field I was at taking these photos.  That, and I don't want to reveal the field I go to!

That being said, this was really the second to last 'summer convection' chase of the year - with the last one being in October with Lisa.  Also, note to some other chasers who were out there on this storm - SLOW DOWN.  No reason to be driving like maniacs on a non-severe storm.  Your fellow chasers appreciate it.