Since we are in the depths of winter here, and I haven't updated the chase blog in FAR too long, I figured I'd go into my archives and pull something out which makes me think of summer.  Especially since today it was over 40 degrees ABOVE today!  Really isn't much of a story with it, other than "Hey, here's some cool photos!" since it's been a few years.  You'll have to forgive the horrible copyright, etc.

This first pic here is from near Casselton.  Quite the nice day when you see an LP here in North Dakota.  We don't see many of them, so this was very nice for a change.


Here's a couple more from coming up on the cell.  I took quite the number of photos this day! 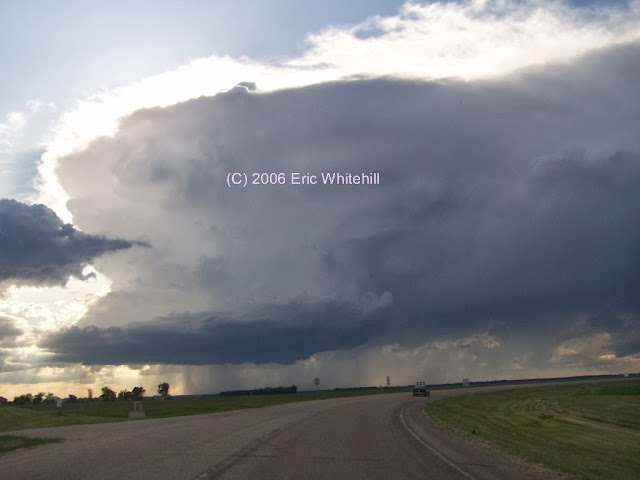 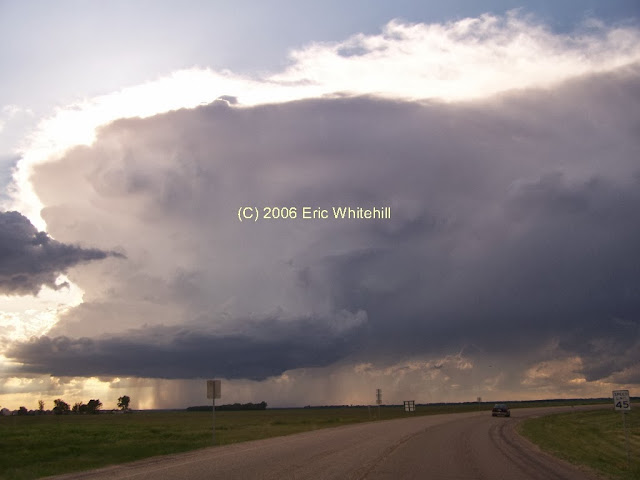 One thing I remember about this chase is how slow this storm moved.  It pretty much just sat there.  I remember watching it going "Wow!  This is just awesome!"  Yeah, it was....

I remember listening in on the spotter net this evening and people were calling in stating it wasn't doing anything and they could not figure out why FGF had this storm warned.  I knew why....


Yeah, it had a nice little lowering going on with lots of action.  Yep, if it's not an HP supercell..... 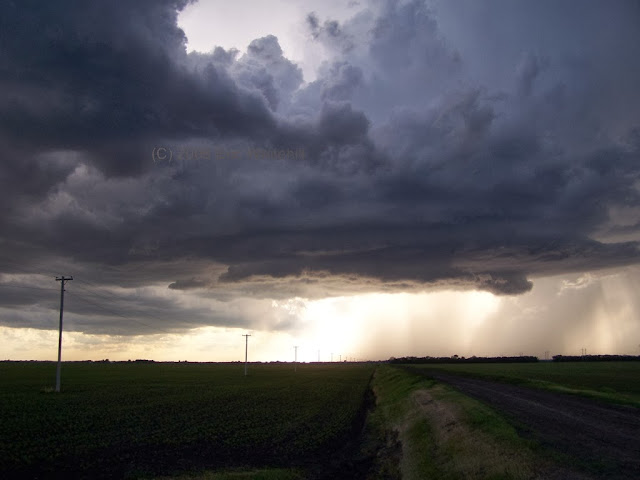 I don't know why but this shot from above just sticks with me.  I think that's why I decided to post this blog tonight.  Even though I don't remember every single detail about this chase, I still remember this photo sticking out in my mind.

One thing which this photo that strikes me is that I was all by myself on this chase.  No other chasers out there.  I know those days are pretty much gone now, but I still like to sit back and think of these times when I was just out chasing and I would be the only person on the storm.  I'm not sure days like that will happen much anymore, but I still love being able to do it. 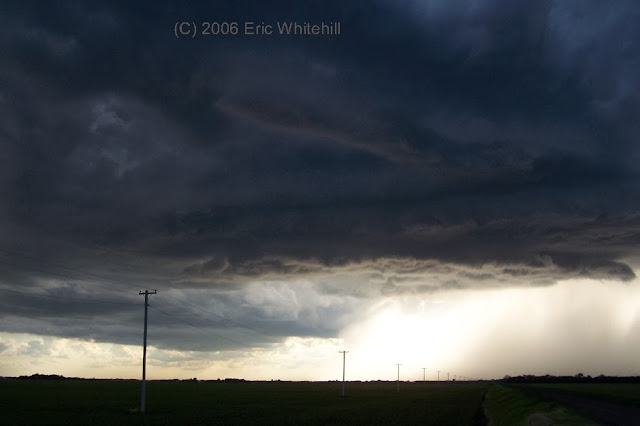 One more shot from the day.

Apparently this storm did have a touchdown, but I never saw anything fully condense. I never saw any touchdowns, but then again I think there were several storms that day.   (edit) Yep, just checked - there were.  I just picked the wrong storm.

Either way, a pretty nice day in June.  And I still think about it 8 year later.  Let's hope I still remember it this fondly in another 8 and 28 years.