If I were to say things are getting off to a slow start in 2015 for weather, not just severe weather in the upper midwest, I don't think anyone would disagree.  A good portion of the valley right now is in a drought as can be seen here:

While we have some moisture in the area passing through tonight (see current radar image as of 8:23pm tonight)
Needless to say, it's very dry and any precipitation would be very welcome right now.  Unfortunetly, things are looking pretty dry right now in the near future.  There's still a chance for some rain and thunderstorms this weekend.  But, I digress.  With the warmer temperatures, it means ducks and geese are on the move, and while I was out working in the yard, my dog Mikko, a Golden Retriever, which equates to 60 lbs of fur, love, tongue, and tail.  Did I mention she's a great hunting companion, and any time she sees ducks, she gets more than a little....excited?
Well, she started getting very, very excited, and I couldn't figure out why.  Now, I was getting my boat ready and doing some general work in the yard, but once I stopped to see why she was getting a little excited, I could see why.

Two male mallards had decided to take up residence in my yard for a little while.  Of course, my puppy wanted nothing more than to do what she was trained to do...sit by her master and wait to jump in the water to go after them.

Instead though, I grabbed my camera and rushed her inside to not spook them. 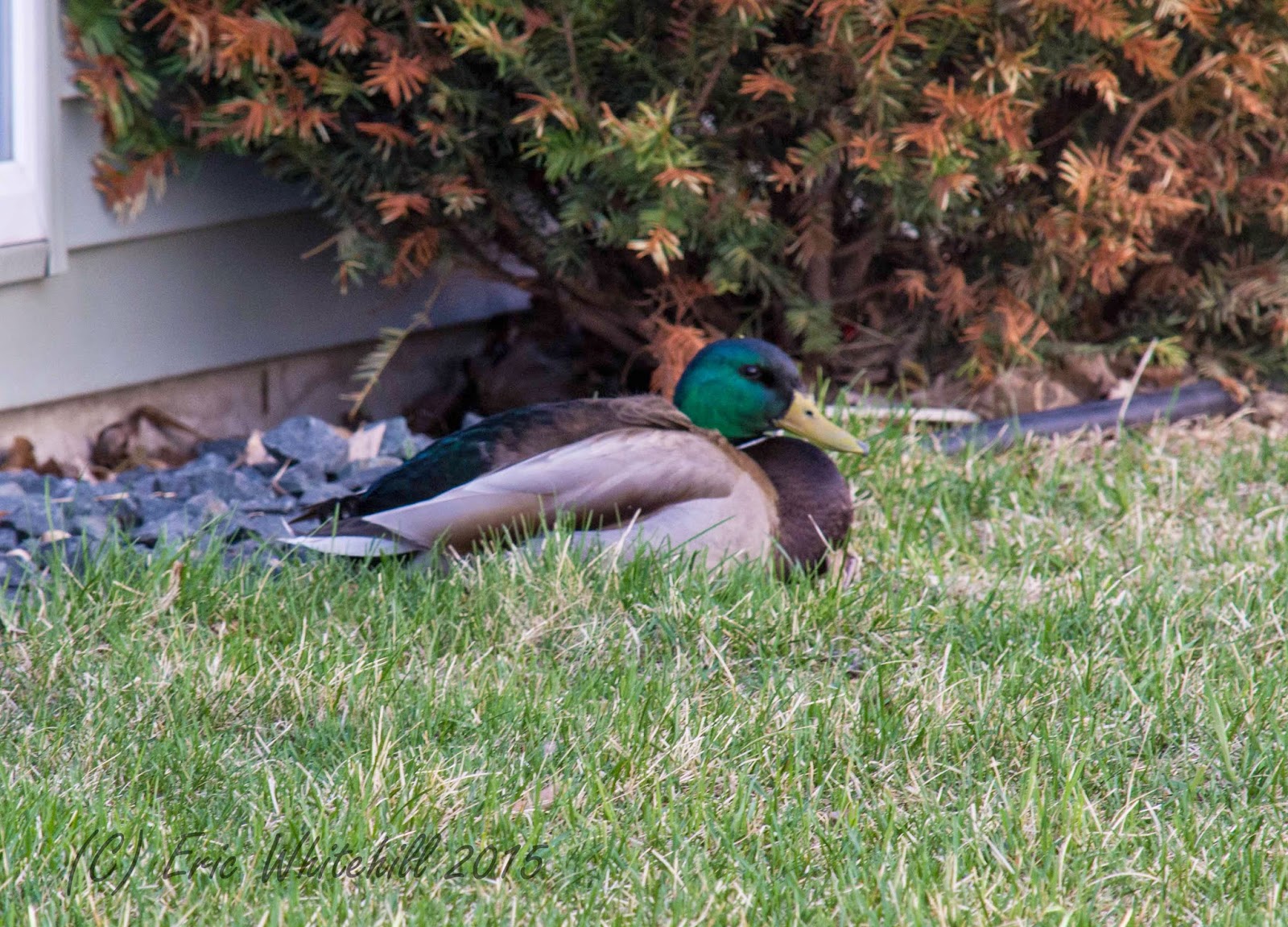 It looked like they were just hanging out for a bit.  I know a few years ago we had a mallard make a nest in one of our neighbors bushes, so I was thinking we may have a female around here on her nest. 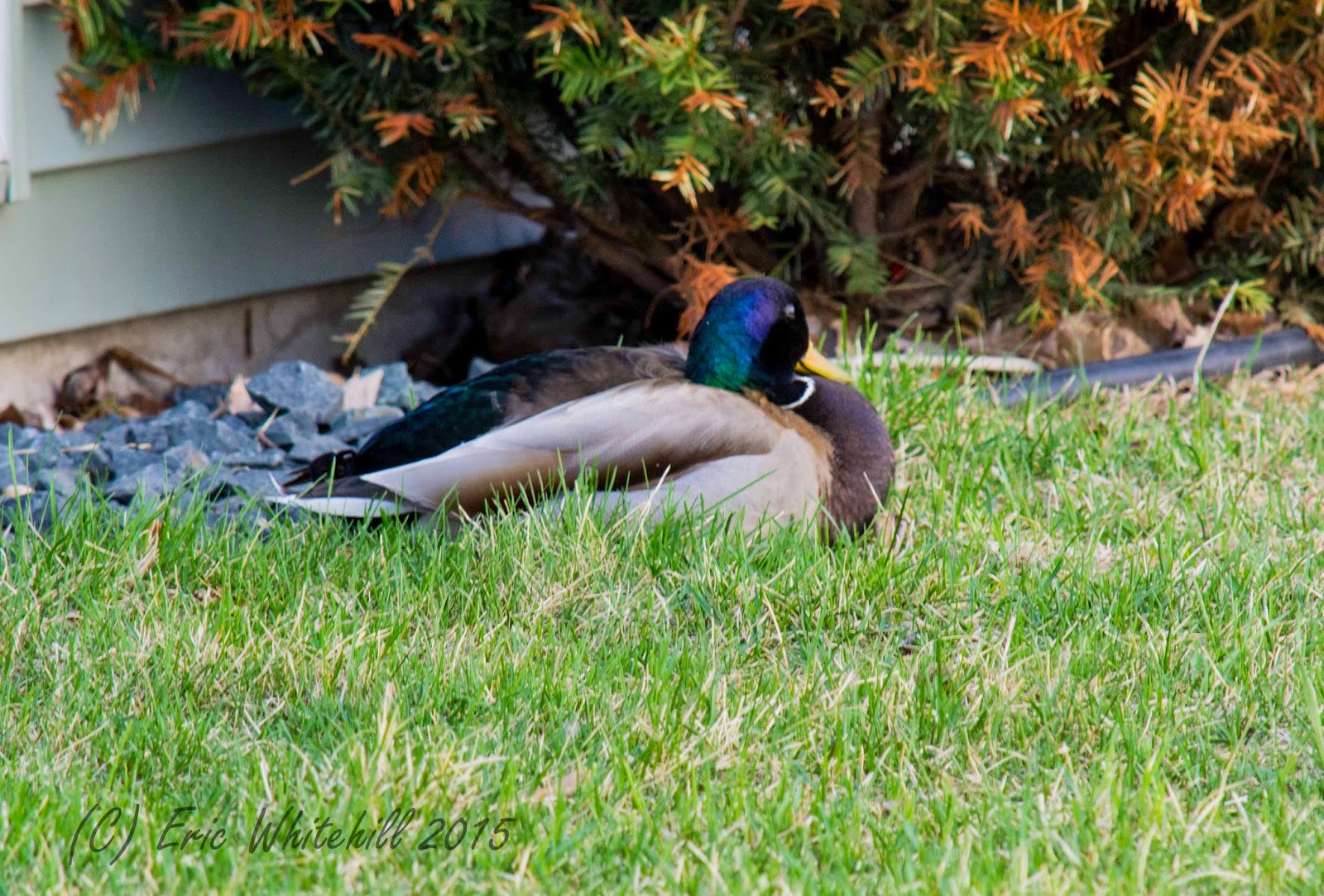 Apparently though they were just here taking a break. 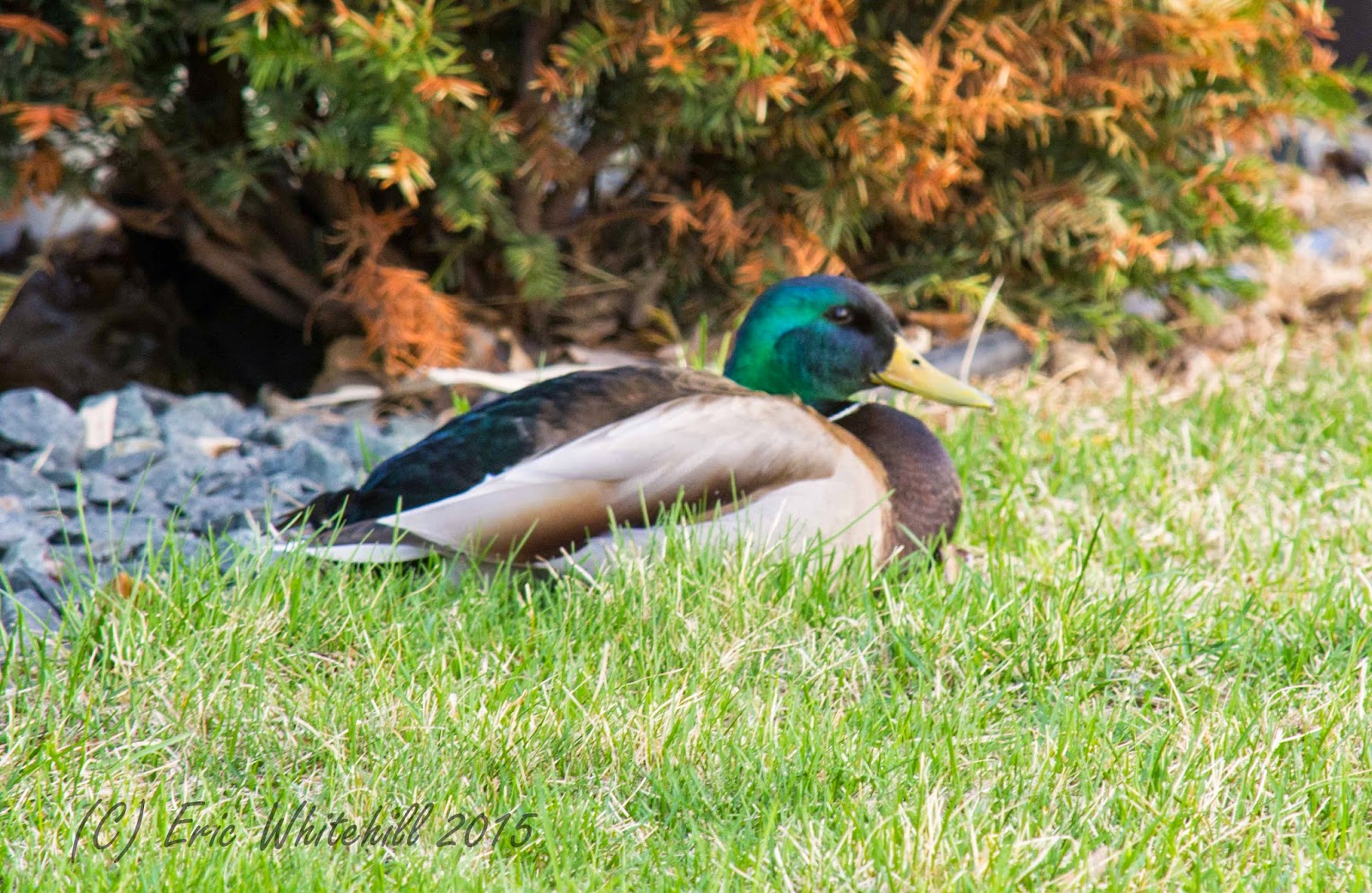 After about 20 minutes though, the two decided they had enough of hanging out in my yard and then decided to 'fly the coop' so to speak. 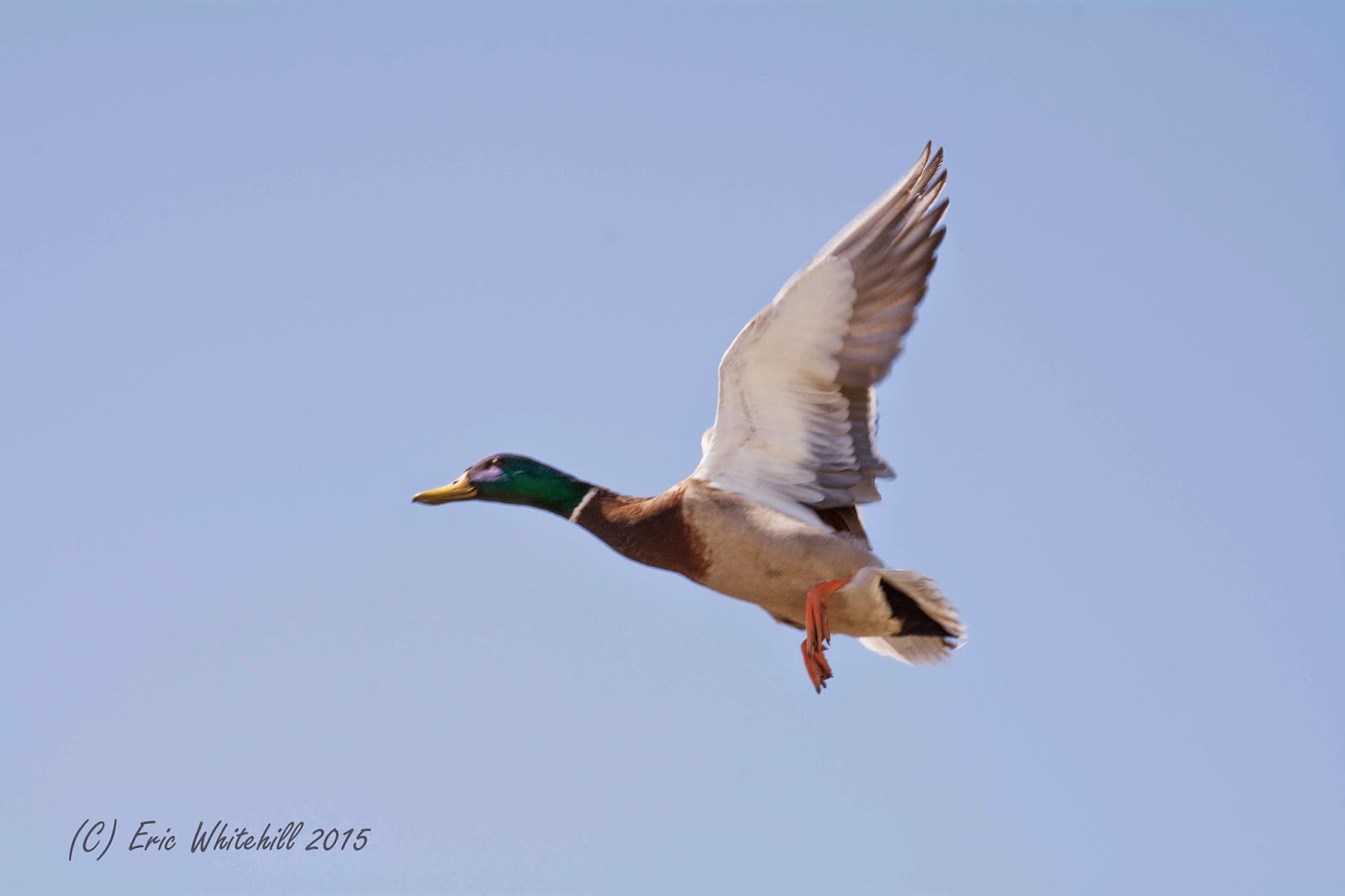 It was nice of them to hang out for a while.  Gave me some time to try out some things on my camera in different lighting.  I was able to adjust lenses (can you tell which lens I used for which photo) and even grabbed a different camera at one point since I've made some improvements for chasing this year for all our Valley News Live viewers.  (oops, did I spill the beans?)

On that note, we've really made a commitment to upgrading some of our video equipment this year.   We've made additional investments in radios and other equipment.  Certain pieces of other equipment has been upgraded, some of which might not be seen by our viewers, but it will help me when I'm out chasing.  I really hope you enjoy the severe weather coverage we are able to provide, once we get some severe weather.  It's really awesome to see and meet all our viewers while I'm out chasing!  If you come across me in the field, feel free to say hi, as long as it's not during the middle of a tornado!

Longer term though, I'm hoping for a change in the weather pattern, even though I am enjoying the drier weather.  We really need some moisture in the valley!  Also, if you haven't, make sure you stop by Robert Hahn's blog as it's a great read as well!