So yesterday morning I woke up, saw there was a 5% tor risk out for parts of ND.  As of late there really has not been much of anything to chase, and I've been getting rather bored.  After looking at the HRRR and the 4km WRF, I called up Bill Doms, who confirmed that if I wanted to see anything I would be most likely paying the Minot region a visit.

Shortly after I left home, I saw this:

And the text of it included these words:

"ISOLATED TORNADOES ALSO CANNOT BE RULED OUT...ESPECIALLY OVER THE NRN HALF OF

Which pretty much summed it up to me - I'm going way north.  Like, visiting my in-laws in Minot north.

I think it was well worth it.


This storm was tornado-warned as it has produced a tornado north of Granville, ND.  As I was approaching the storm the wall cloud was huge and spinning quite nice.  It's been a while since I've been on a tornado warned storm, so I sat here to basque in it's wall cloud glory.

One of the things I noted is that the surface winds where I was at was very weak - less than 5 mph, which indicated to me it was probably done producing, but it was still really pretty. 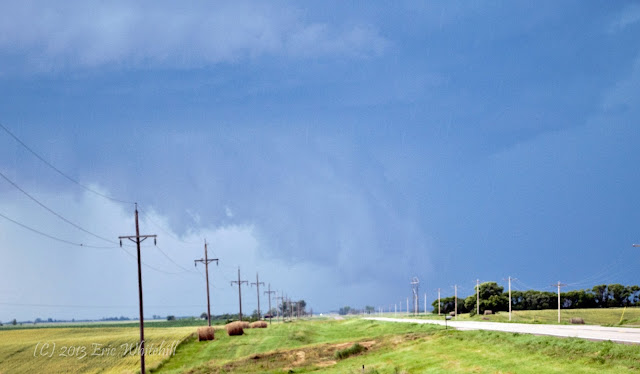 After this I re-positioned myself further north and east, I was treated to the following. 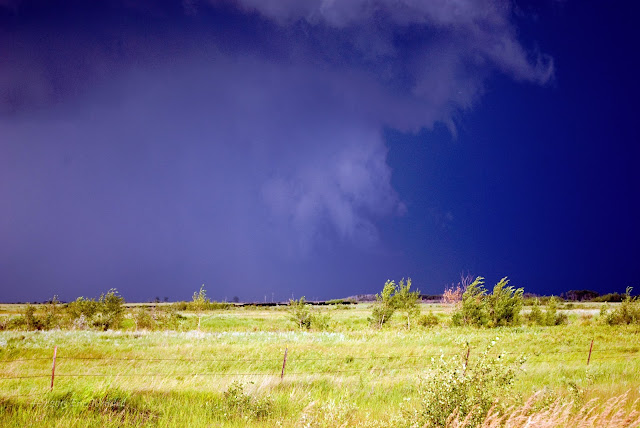 After this I talked to Lisa back at the station a little and also with Henry Blakes at our affiliate in the Minot/Bismarck area and let them know about my photos I had uploaded to twitter.  I didn't think the storms were really going to really get going again with everything else going on, so I started my way home.  As I got closer to Valley City, I noticed just the beautiful sunset I was getting treated to.  Just amazing.

About the same time, the storm up in Towner and Ramsey counties started to get it's act together.  Here's what it looked like from where I was at:

You can just see the top of the anvil from where I was at.  Just amazing - almost 100 miles away and you could still see the lightning and tops of the clouds.

Very good chase, and just an amazing sunset.  Now if we could only get some more storms and get some much needed rain for the crops, that would be the next best thing!
Posted by E-Dubs at 7:57 PM