Saturday morning originally I was planning on going to the lakes and doing some relaxing in my boat.  Instead, when I woke up I found this waiting for me.


Thank you SPC!  Yeah, I ended up not going to the lakes on Saturday.  Instead, I went to the Red River Zoo, checked out the camels and prairie dogs. 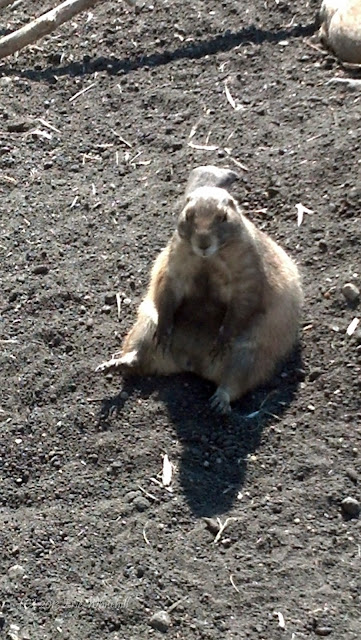 After looking at models and placing a phone call to VNL's own Robert Hahn asking if he wants to tag along (I told him I'd have the OU game on in the car on XM)  we set off on a little jaunt.

South of Barnesville, just across the Wilkin county line we came across this little storm: 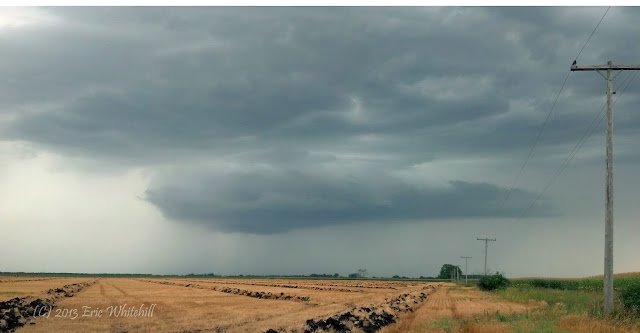 We could tell it was trying to do a 'something'.

We hung around and waiting for a few more minutes.  What we loved was there was almost continuous thunder around us.  What we didn't like was the number of CG's popping on this thing.  Made us a little nervous being almost the tallest object around.

As we kept waiting, it got even more interesting.  Too bad it was undercut as hell and going all shelfy on us. 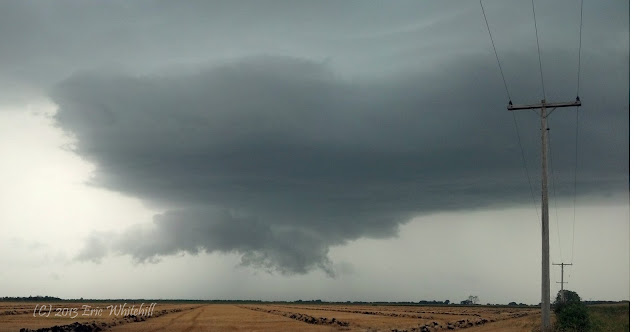 After this, we needed to get east, which caused us to detour to Fergus Falls.  Just east of Fergus Falls, we came to Wall Lake, which is where we saw quite a bit of damage. 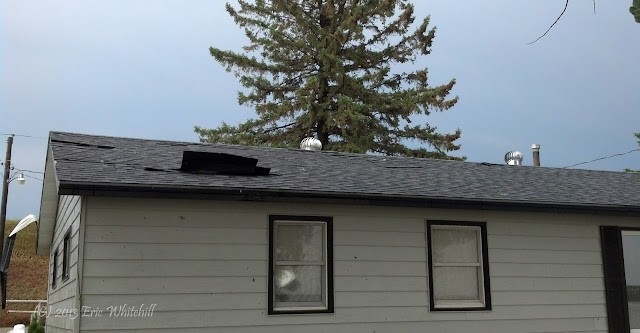 A homeowner was nice enough to let us see the outside of her house which had some siding ripped off and her shingles lifted and some ended up on the other side of the road.  We also came across a number of downed trees and branches, and even a fishouse which ended up in many pieces.  Pretty strong winds to do that.  We did stop and talk to some folks who were there when the storm hit, and they reported the winds were switching directions - one second out of the east, next it was out of the west.  One thing which stood out to me was the fact the lake and all of these homes were almost at the bottom of a hill steep hill.  It made me wonder if this hill had something to do with the effects of the wind (land propagation I believe is the correct term - someone correct me in the comments if I am wrong.) and the damage it caused.  It made for a good discussion at dinner.

At the end of the night, Robert and I went to the Applebee's in Fergus for an after chase meal.  On our way back to the station so we could get video ready for VNL 10@10, we were treated with a beautiful sunset with a shot of a storm just north of Detroit Lakes. 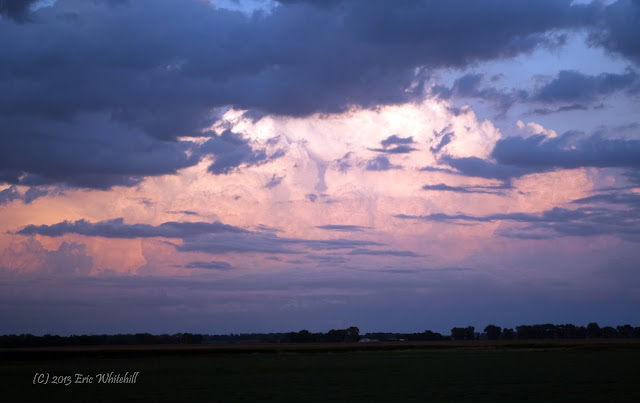 As for SPC reports, there were quite a few! One lone tornado report up near Pembina.  Pretty interesting!

I had one report in there from the damage near Wall Lake.