This day started off like no other.  Zero tornadoes seen for Robert.

We changed that today.

I'll spare you most of the details, and get straight to the awesome pics!

As we came up on the storm (after harassing Skip Talbot) it looked rather shelfy.

But, that would change as we got further along in the day. 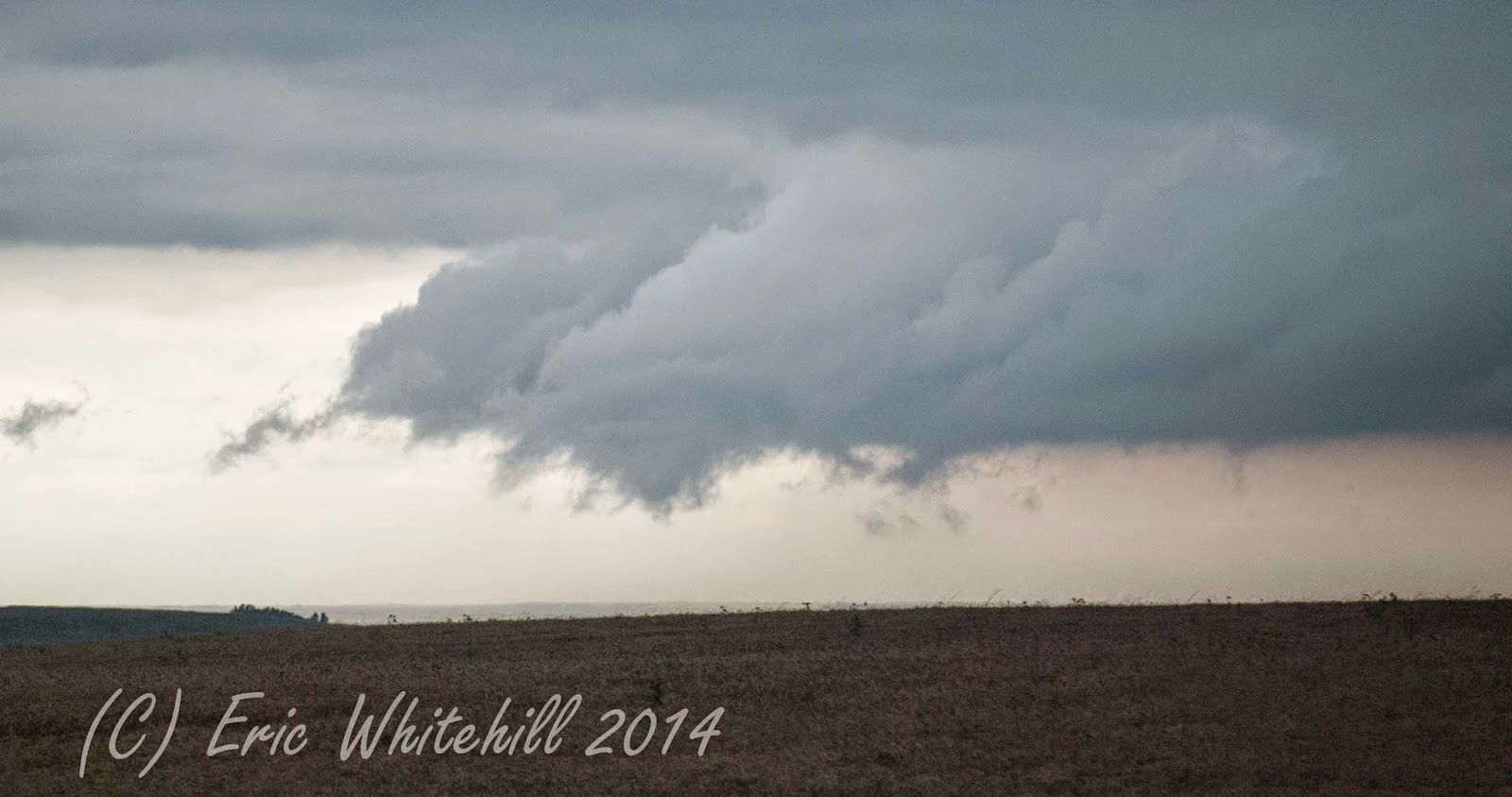 Or not.  Still really Shelfy!  But, that just means time for us to goof off since we were able to meet up with my really good friend Bill Doms and Joel Lampe and Mark.

As we kept watching the storm, it kept acting like there was enough shear to get it to do something.

It would even go on to produce some good scud nadoes!

We ended up having to go a little north at this point.  The storm was starting to spin, and we all knew what that meant...GAME ON!

A few miles up the road, it dropped one.

And then we pulled off on this road and watched the tornado...and it wasn't moving left or right.

We didn't even get a chance to get a picture of Robert in front of it.  It was one of those where we were just in awe of what we were seeing.  The rain curtains wrapping around it, and then when it went by us, we could hear the roar.  It's a sound when you're a chaser you don't forget.  You don't always get to hear it, and in our case, we could.  Some people describe it like a freight train, but not all tornadoes sound alike.  Bill Doms has an excellent photo of both Robert and I in front of it - visit it at http://www.mnwxchaser.com/2014images/14august23.html if you haven't already.

We also happened to catch the end of this tornado as well just after we cleared the trees.  A pretty neat day!

As we were wrapping things up for the day, we did get a nice shot of a shelf cloud.  It was still tornado warned at this point, but really we couldn't see the updraft base any more.

This day was pretty memorable for me, since I was lucky enough to be there when Robert saw his first tornado, and even able to see it next to my best friend Bill.  A pretty happy day for everyone!  It's not every day you get to experience something like this.  No matter how many tornadoes I ever see, no matter the storms, this one in particular will always be special.