We got one more in us for the year I think!

After a day which left most meteorologists scratching their heads with EF-1 tornadoes in NW Minnesota,  I was bound and determined not to let this day pass me by.

After bugging Robert this morning saying "LET'S GO!  ONE MORE BEFORE THE SOONER GAME!"  (Ok, in reality, we were texting Apollo 13-style countdowns to each other)  we left.

Not long thereafter, we started paying really close attention to the storm in Dickey County.

As we approached, it became severe, and then Tornado warned.  Unfortunetly we were never able to see the main updraft base at first when the couplet on radar looked the most pronounced. 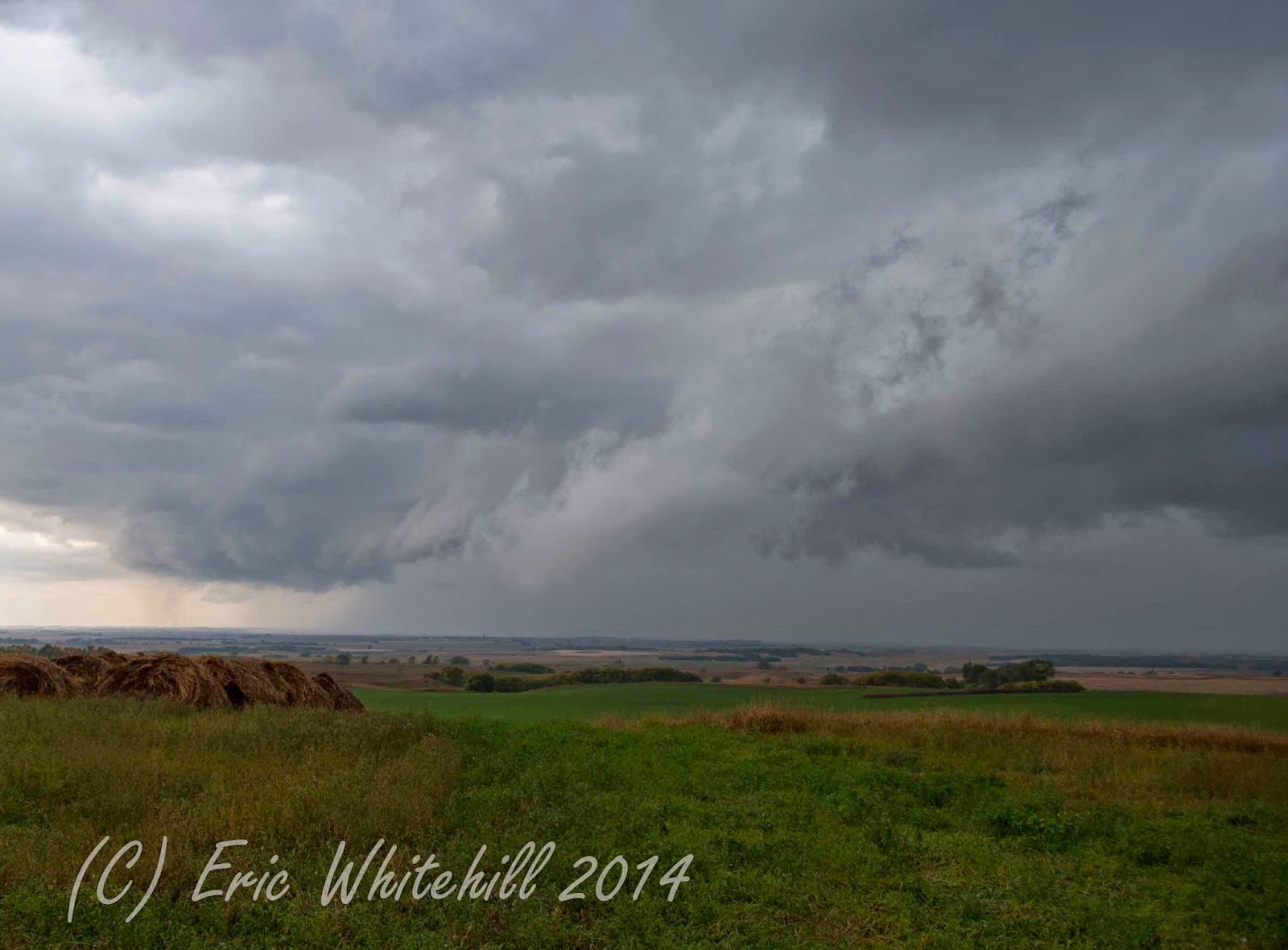 It was a mean looking shelf.  I was actually somewhat shocked none of the danglies were called in as funnels/tornadoes. 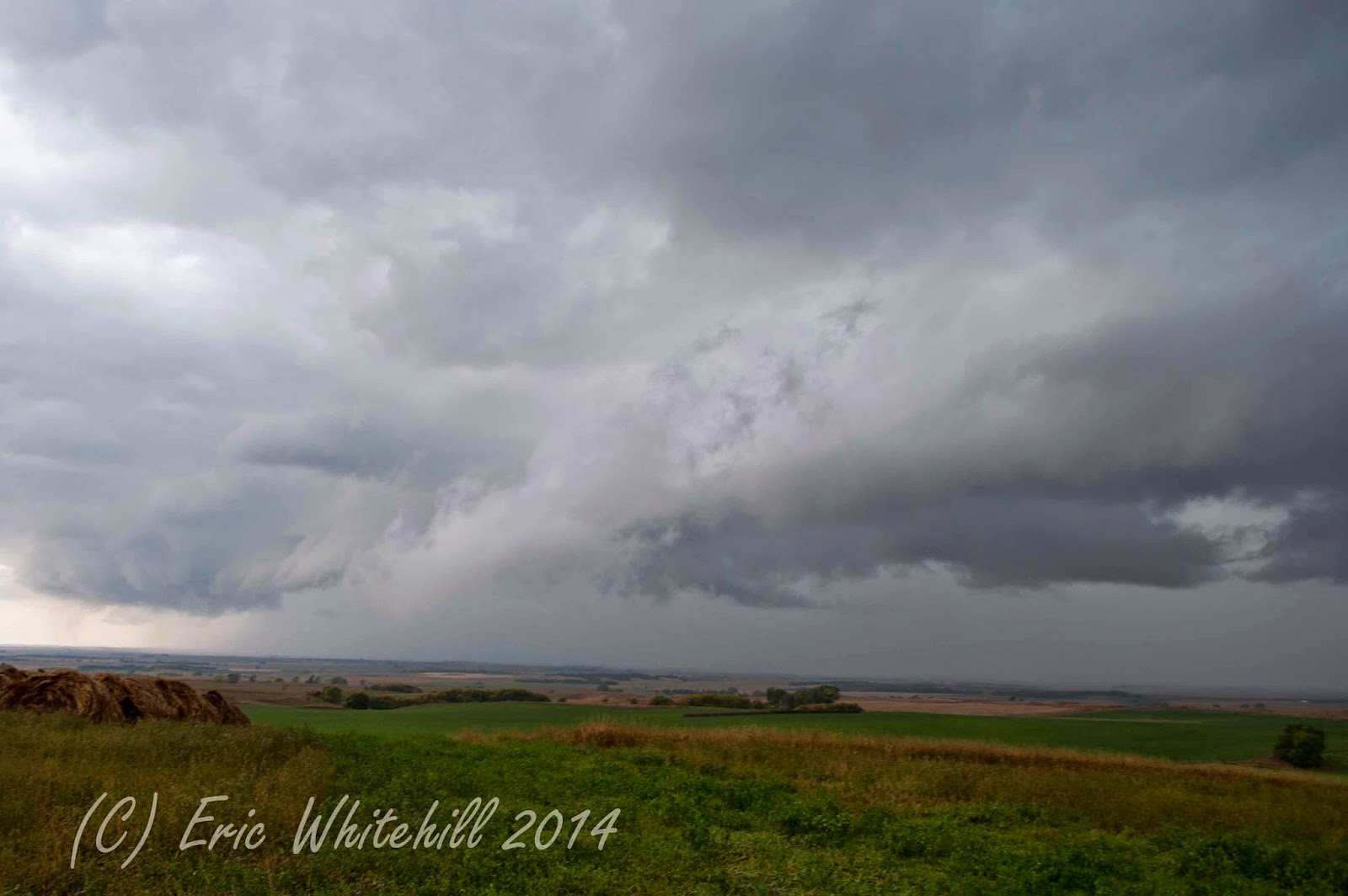 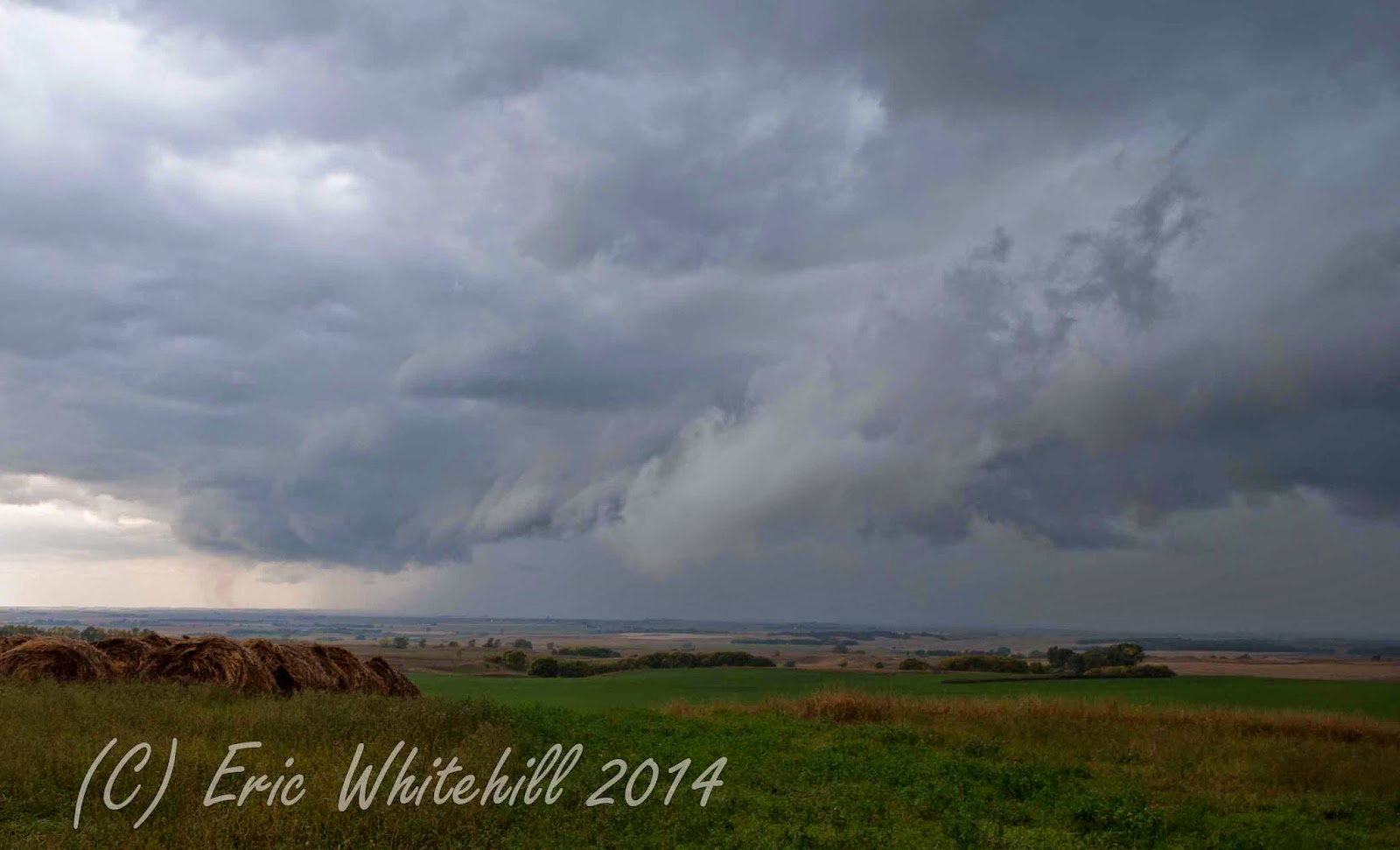 We crossed the border into SD and after seeing some pretty decent piles of hail along the side of the road and sending in a quick report, we came across this: 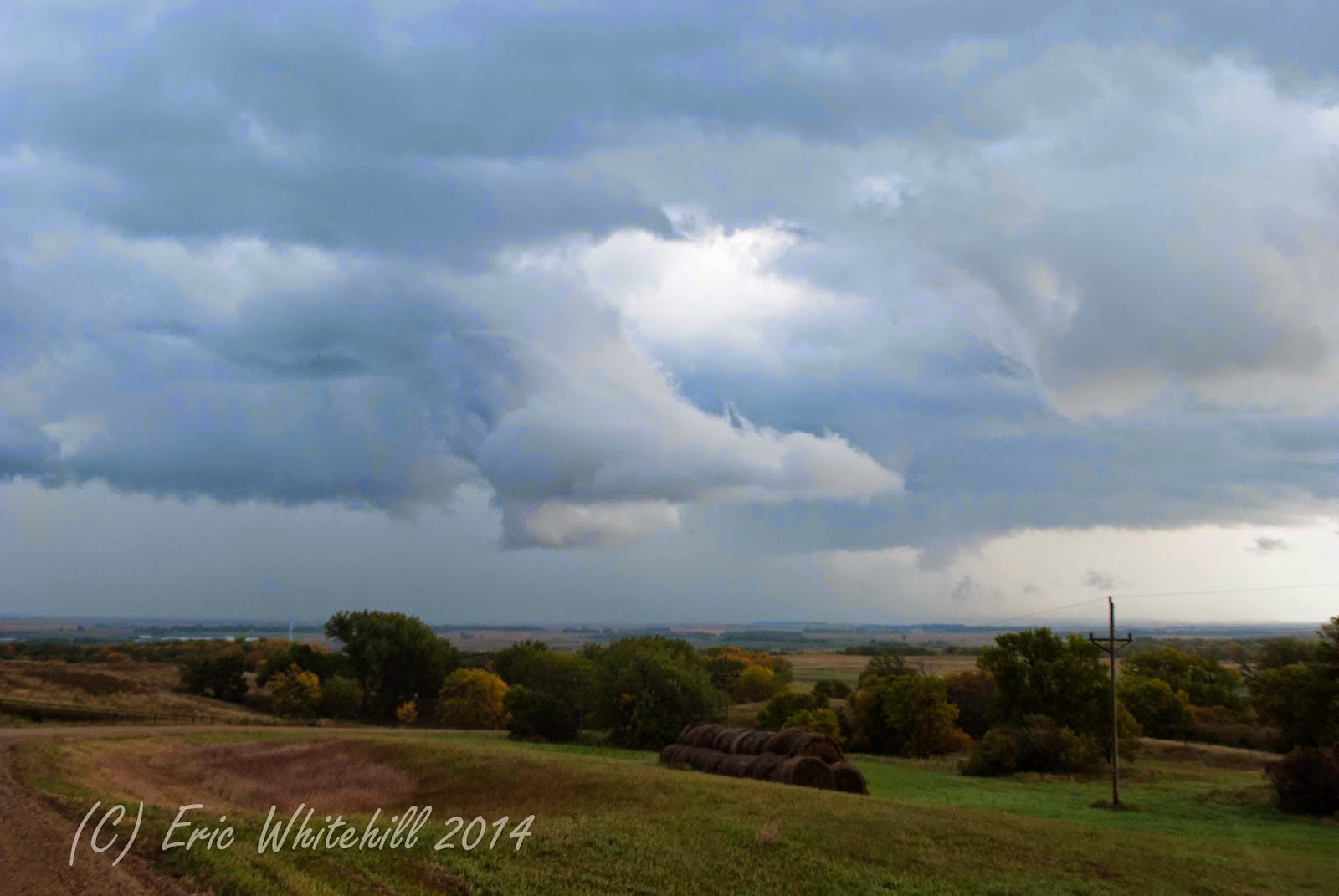 Now, this was attached to the cloud base, and it was just hanging out.  We stopped to take one more quick shot: 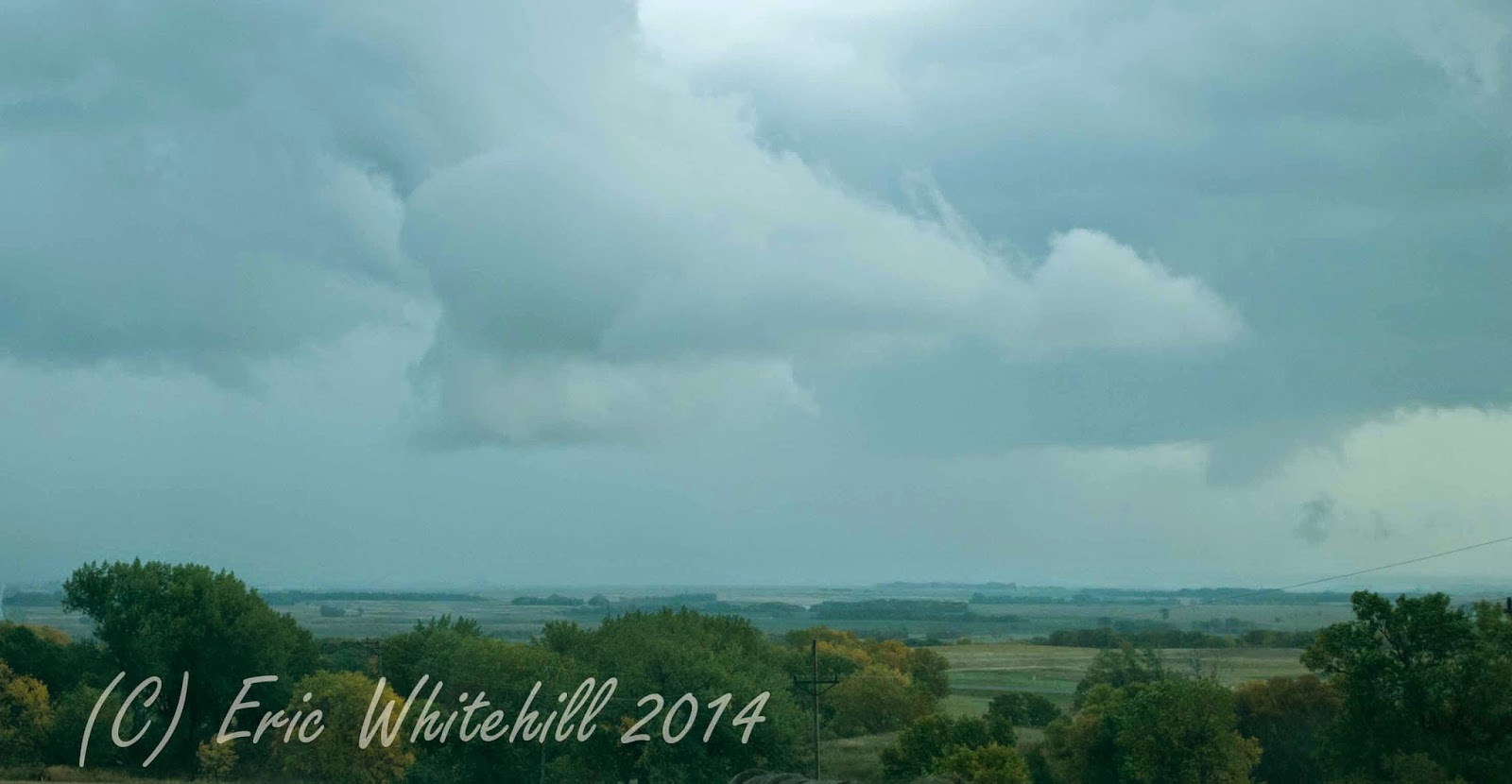 And quickly realized the storm potential for the day was pretty much done.  The cold front had caught up and was going to eat up the rest of the storms.  There was still going to be some pretty good wind out ahead of it, but the system was moving at 50mph+, which makes keeping up with the storms, much less getting ahead of them, next to impossible, so Robert and I called it a day.

Not too bad of a day when you go leave the house at Noon, get on a tornado warned storm, and then get home in time to see Sooner Football!

The question now posed, is this the last chase day of 2014?  We know the temps are going to warm back up into the 80's this week, so the temps need to come back down at some point....but will they?