So on Sunday morning, July 12th I woke up to this: Mod risk?  Yep!  I'll take that!  Granted, the moderate risk was for wind damage, as a majority of the models were all indicating storms would fire in far SE ND to Western MN, and then line out and form into a bow-echo and race east.

Thus, a day of chasing was made!  I ended up starting near Whapeton and picking up a little mascot for my day!

If you know me outside of chasing, you know I have a fairly unhealthy love of Minions.  It was my hope this little guy might be able to help me with my cameras later today, in the event things got 'interesting'.

Later on in the afternoon after chatting with the Richland County Sheriff, I started to see a cell go up, but it went up north of the area I was targeting.  It quickly became tornado warned, and after following it for a little while (and then some extra encouragement from Bill Doms) decided to drop the tornado warned cell which was quickly going into the trees and dropped back south to where the best chance for seeing a tornado would be.

I was soon treated to some fun looking clouds near Foxhome.

One of the big differences between June 27th and today is that the LCL's would be much lower - this would mean we would most likely see many more "SLCs" or Scary Looking Clouds which would probably increase the number of tornado reports/sightings today and it was something to be wary of.  Even as an experienced chaser you can still sometimes get all caught up in the excitement and be unsure of what you are actually seeing.  I still have to remind myself to be calm, take a deep breath, and then make a good decision.

Just south of Foxhome, I saw this feature:

While this looks scary, it's just the leading edge.  Sometimes it is called 'sharks teeth' by some chasers.  Not tornadic though.

This is the wall cloud which would eventually become the Doran tornado.

I was south of Foxhome at this time, and I was constantly trying to outrun the rain and the hail which was just to my north by about a mile.  Every once in a while I would get a larger hail stone around golf ball side chucked out at me.  That would just let me know that it was time for me to start to make my way south to get out of the way.  Around this time I would see people driving north INTO the large hail and rain/wind.  I just hoped no one lost a windshield or two doing this.

After moving to the south and talking to Hutch back at the station the whole time, I was treated to this: 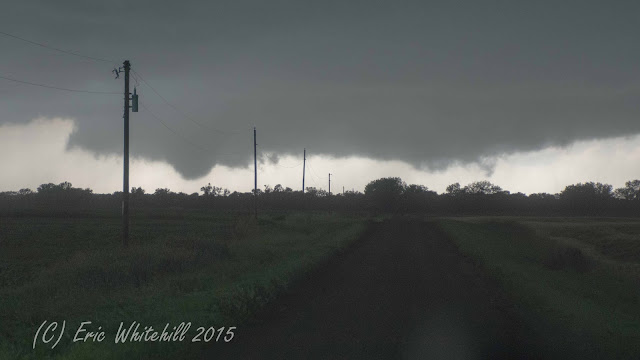 At the time, this storm was not tornado warned.  I was on the air with Hutch at the time and asked him to please relay my report to the NWS in Grand Forks since I wouldn't be able to make the phone call myself.

This funnel/tornado persisted for several minutes.


I was also at this time riding the core - basically trying to stay just ahead of the tornado and just south of the rain/hail core.  It can bring you some good photos, however it can also be a very dangerous place to be if you don't have a good road network.  I'm lucky because I've been around these parts for many years and I knew the road network very well.  One of our viewers (Ashley) happened to capture a photo of Hutch and I live with this feature on the air.  I have to admit, it was pretty neat to see that photo.  I don't always get to see my work on the news since I am usually so busy working.  I've recorded a few of our hits, as we are always striving to get better.

Soon after I started to get more rain and larger chunks of hail tossed at me and I needed to bail south.
As I got south towards Campbell, I was treated with another rope tornado - caught on my dash cam, but not caught on my Nikon.  Instead, I caught the aftermath of just after the tornado lifted: 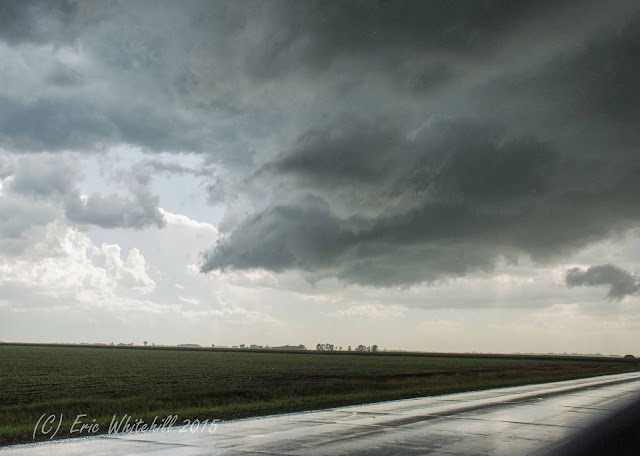 I then kept heading south, stopping to snap a photo or two along the way. 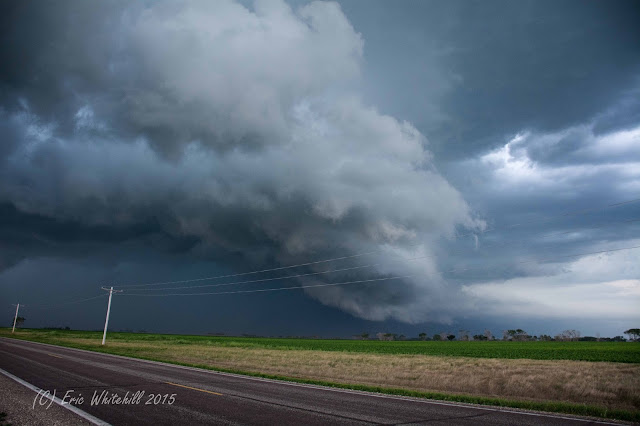 I then moved my way by Nashua and was starting to go to the east of Nashua and ended up getting cut off by this little feature:

It then decided to blast me with RFD winds and I could see a little spin up in the field next to me.  I never saw a cone condense, and I believe it was just the RFD kicking up.

Another shot with a different lens. 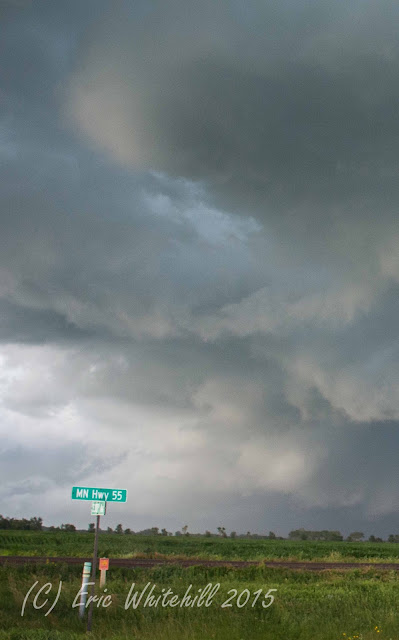 Again, I never saw anything condense, but I decided to play it safe and move west a little just to make sure since I had no desire to get caught up in the RFD.

Then, I went a little west and ended up meeting up with Nick Elms and Amanda Hill.  We hung out for a bit, chatted about what we saw today, took a few photos, and then decided it was time for us to make our way home. 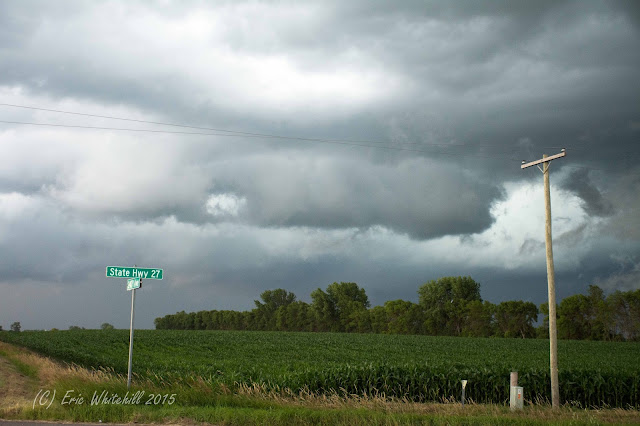 Here's a copy of the storm reports for this day: (filtered) What a couple of weeks with us being able to show these storms live on the air for our viewers.  There are more storms coming up - I still have to finish my blog from the 17th!  That post will be so picture heavy, so prepare your browsers now!  With this day here, I only took around 100 photos and I whittled it down to the best 15.  On the 17th I took over 180 photos which I have to sift through, in addition to the video, so it will be a few more days before all of those photos are up.

As I think back to this day, I think of how much fun it was.  Yes, it is stressful at times, but at the same time, I look at the photos and smile.  I think of my friends I meet out there in Nick, Amanda, and Bill.  We almost always seem to end up on the same back woods country road somewhere - even if we don't intend it.  I know I am eternally forever grateful for their friendship, knowledge, and their families and I know my life would be much less full if it wasn't for them.

I also look to the future - when will we find ourselves on the same back woods minimum maintenance road?  Right now, I'm thinking we may just find ourselves on a road together on Monday or Tuesday, but we will wait and see!

As always, keep it tuned to Valley News Live, as we will have you covered!
Posted by E-Dubs at 9:28 PM