Yesterday was a fairly impromptu chase.  I've been going to work every day and then pretty much crashing at home while I continue to fight this nasty summer cold.  When I saw the storms starting to pop and lots of little boundaries out there, yep, it was time to head out.

One of the first things I noticed yesterday was the really nice wall cloud just north of Fargo.  Thought I'd go out and get a look! 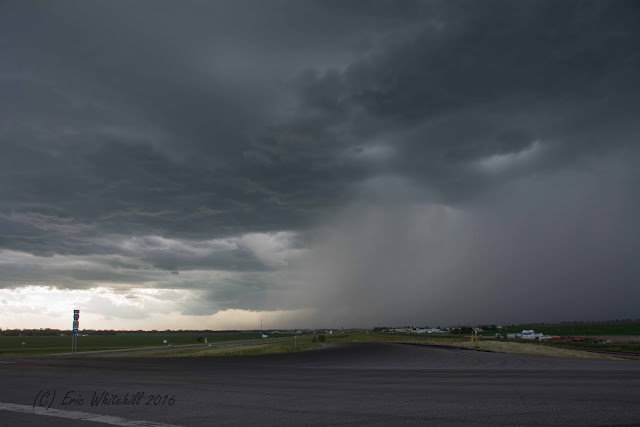 Really nice wall cloud!  It was fairly high based though, and most of the storms would be because we had Temperature/Dewpoint spreads of over 25 degree.  (T/d spreads as we say in weather lingo) 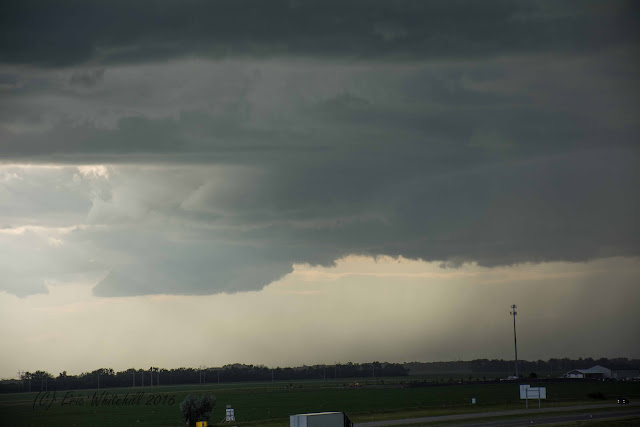 Here's another shot of the wall.  We actually had two storm cells paralleling each other, so it made for some very cool photos and backgrounds. 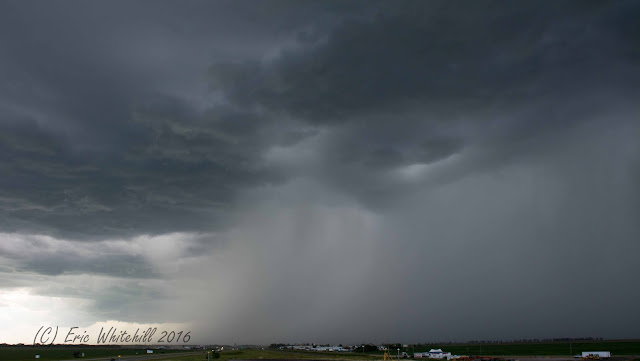 I waited around a little and then as the cells kept moving to the southeast I started to make my way across the bridge by Oakport.

I've had a few people over the years ask me why I don't like chasing in metropolitan areas.  Well, the reason is simple.  Too many people, no options, and no lines of sight.  It can be very dangerous even to chase in little small towns.  Once you lose your lines of sight, then you lose your vision of what the storm is doing right now.  Yes, we have all these tools of radar and satellite and everything, but those images are the past.  It takes 5 minutes on average for a radar image to get updated.  So, by the time I see it parts of that radar image may be 5 minutes old.  That's why chasing rain-wrapped tornadoes and storms at night are so dangerous.

Once I was finally on the Minnesota side I went to to near Georgetown and saw some really interesting cloud formations.  Non-tornadic, but it could definitely fool the untrained eye.

After this, I saw some of the most vibrant rainbows I've seen in years. 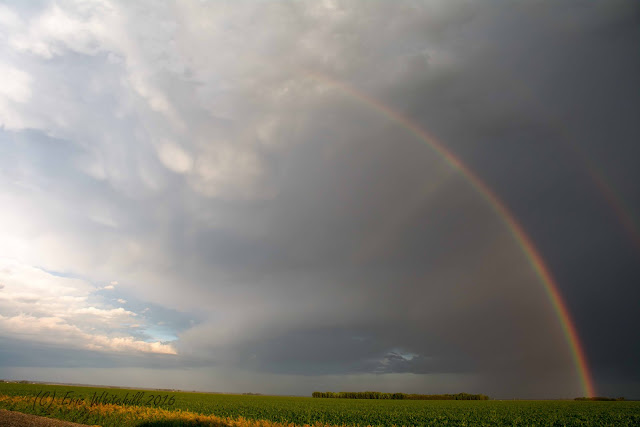 I was then treated with one of the most spectacular sunsets in a long time....
Non-severe storms, but most certainly one of my most enjoyable chases of the year.  There wasn't ever a rush to make sure I'm in the right position, camera is always where it needs to be, no hail cores to worry about, etc.  Just a relaxing chase, which I know to many sounds like a contradiction in terms as there is an expectation that chasing is always 100% adrenaline.    Now, while I did have some adrenaline pulse though me when I had a cg pop a -tad- too close, for the most part it was a very relaxing chase.  We also took an opportunity to do a beta test of the new video streaming system, and it worked seamless!  Look for it VERY soon!

Now, we start entering the heart of summer.  We start to see the corn really grow (knee high by the 4th of July, right?) and the rest of the crops come in.  On the down side, we also start to see the sun set a little earlier each night, but that just means we should just enjoy nature a little more and hold on to that last little bit of daylight as long as we can.

Tomorrow is Canada Day for our friends north of the border, and then in just 3 days after that, the 4th of July is here.  My plan is to enjoy some Timbits tomorrow and then hopefully by the end of the day I'll be relaxing with my family.  Take the time to enjoy the summer - we're too busy as is.  If your son or daughter wants to toss the ball one more time or try for 'just one more' fish, do it.  You might not remember that next ball which they don't catch or that last fish which just happens to pop off the hook as you're lifting it out of the water, but 20 or 30 years later I can guarantee they will, and that's something more precious than any tangible item.  It's a memory.

Have a great Canada Day and 4th of July everyone!