Not too many chase blogs so far for 2017!  This is both a good and a bad thing.  Good, because most of us really don't want severe weather.  Bad because we really do need the moisture as a good portion of ND and SD are in a slight drought and I know the farmers need some rain.

This day was a day where it looked like we were going to have some pretty decent parameters for severe weather, primarily in the southern valley and into SD and MN - wherever the warm front set up.  North of the warm front we'd see elevated showers and thunderstorms which might just drop some larger hail and have some gusty winds.  But, it looked like a decent day for a tornado, which brought in chasers from all over, from the tour groups to people on their storm chasing vacations.

Originally though, the warm front looked like it was going to lift much further north into central North Dakota - however, that all changed when we had that line of storms blow through the morning of the 13th.  If you remember that morning, we had the line of thunderstorms blow through, and then we had very strong winds behind it.  This basically created a wake low which helped to prevent the progression of the warm front to the north.  While it still surged north, it did not go as far north as many of the weather models were predicting that day.  It made our job at Valley News Live all that much harder with trying to put together our weather plan for that day.

But, even though we had a 10% risk for tornadoes in the valley, it still made for a tricky day!

It started off with me running to the station and then during our weather meeting with Hutch, Robert, and Lisa, it was determined I would have someone go with me to help with navigation and phoners back to the station in the event things got a little crazy.

Since Alex Eagan has the day off, I called him and said "How fast can you make it to the station?".  Within a few minutes he was on his way, and so were we.

We made our way down towards Britton, SD and then watched this supercell in central SD go up and then go tornado warned.  We watched it and boy, did it put on a good show! 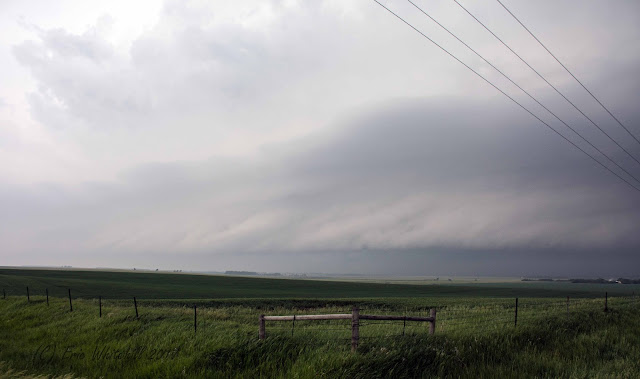 We ended up playing catch up and keep ahead of this storm as much as we could.  Very fun chase with lots of good shelf cloud action! 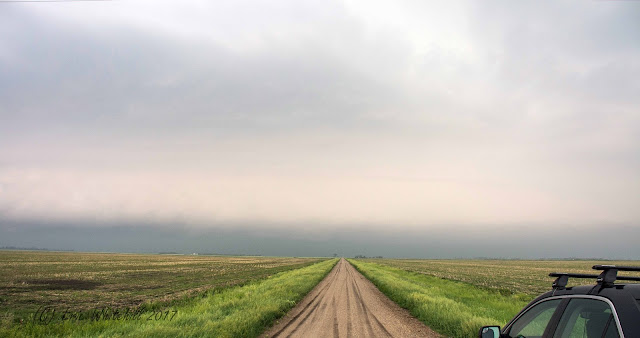 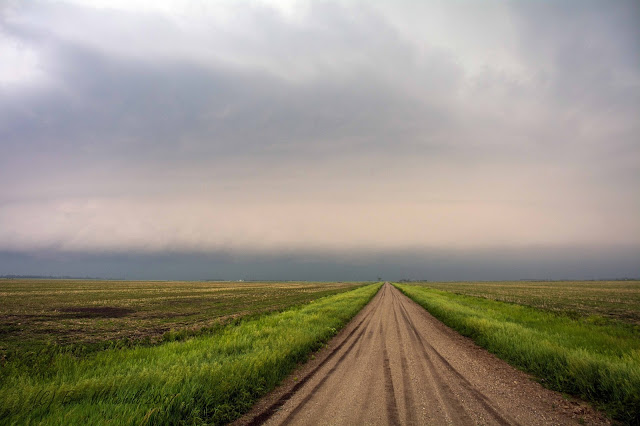 We were able to run into a few other chasers this day, including my good friend Bill Doms.  (Granted, he did end up spending the night before as well!) 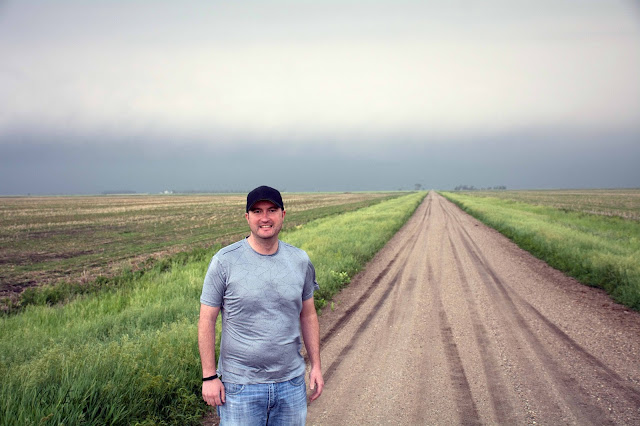 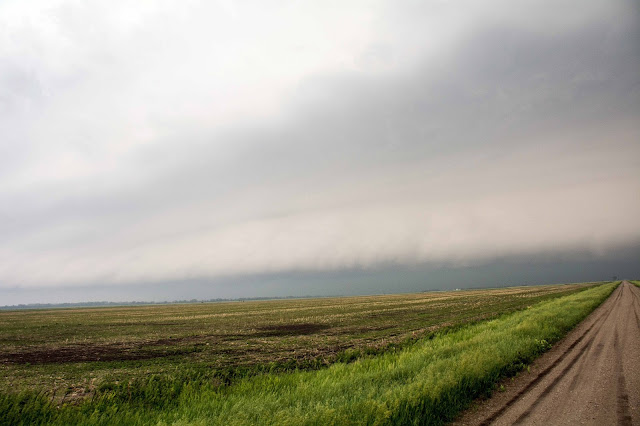 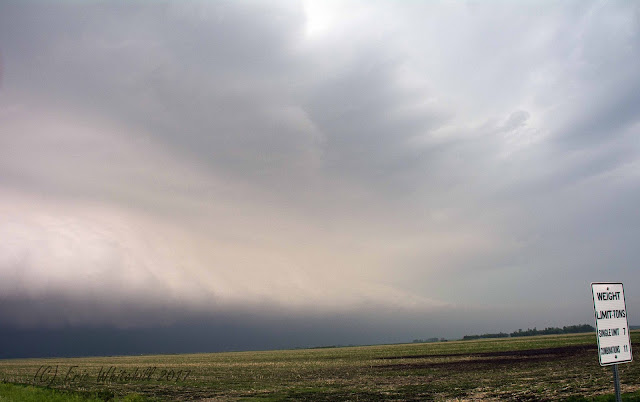 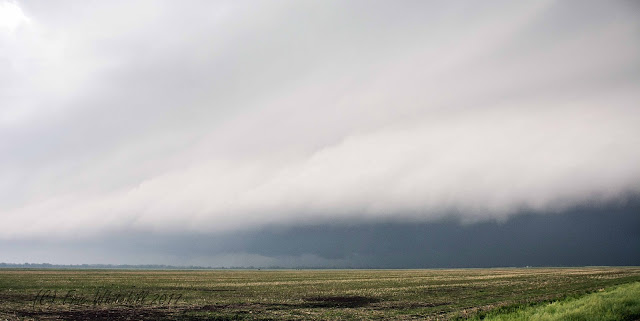 As the storm kept getting closer, it eventually got north of the warm front and started to surge to the east.  This made it difficult for us to keep up and at some point, we knew we would have to fight with two things - 1.  Road network to get back to I-29 or I-94.  2. Where do we want this to overtake us. 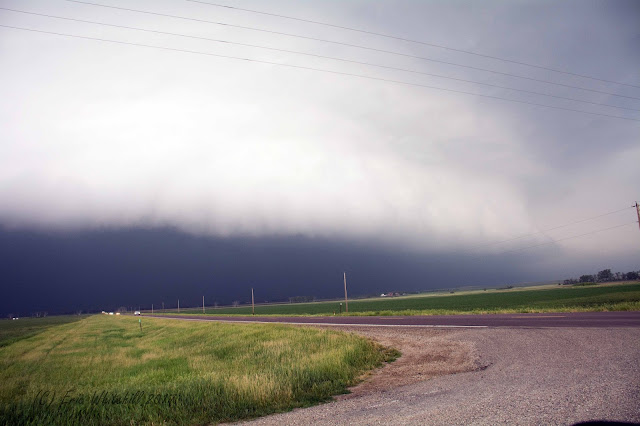 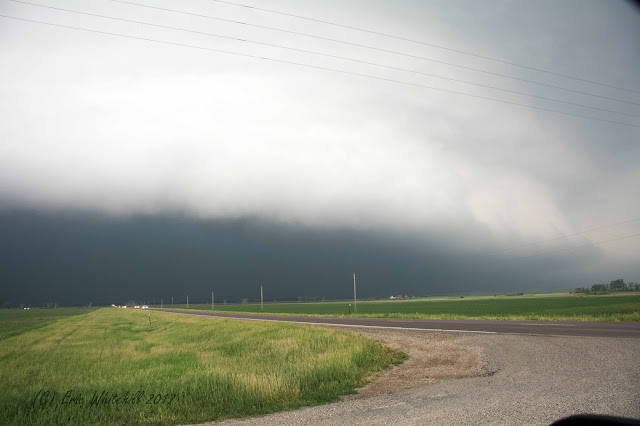 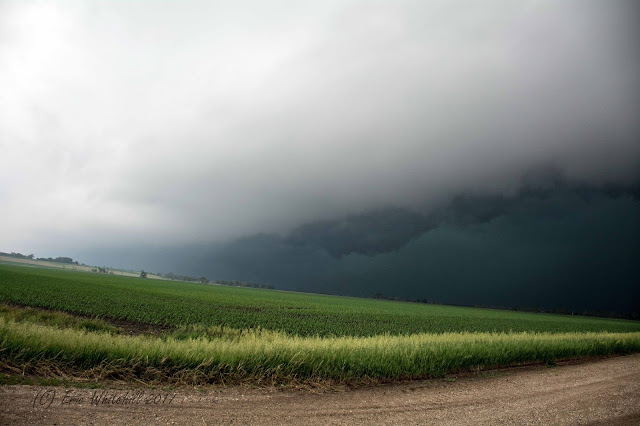 We were finally able to get into ND at the Havana, ND crossing and we started to make our way to the east, the line was overtaking us at every turn.  At one point near Lidgerwood, we had a number of gustnadoes right along the leading edge giving us a couple of moments of pause.  Then, we made our way to Hankinson and ended up letting the line overtake us there and we made our way back to Fargo.

This system started a little bit more of an active pattern for us which is bringing some much needed rain, but also colder temperatures!  As I write this it's barley 60 degrees outside with winds out of the north giving us, dare I say it...WIND CHILLS!  Where's our summer gone?

One of the neat items we started to do with this chase is we started to stream my live chase cam on Facebook and I think through the VNL Weather App!  Let us know what you think - you'll be able to hear and see inside the VNL Storm Team vehicle along the way!