Apparently Mother Nature decided that she wanted to act up a little over the last week.  Not that I'm complaining, but it would certainly be nice to have some closer t/d spreads.  Just sayin'.

But, act up she did, dropping tornadoes near Jamestown and Casselton.  And of course, since I had nothing else better to do on my Sunday....

Once I got off I-94, I was treated with this nice 'attempt' at a wall cloud.  I say attempt because it was weak. 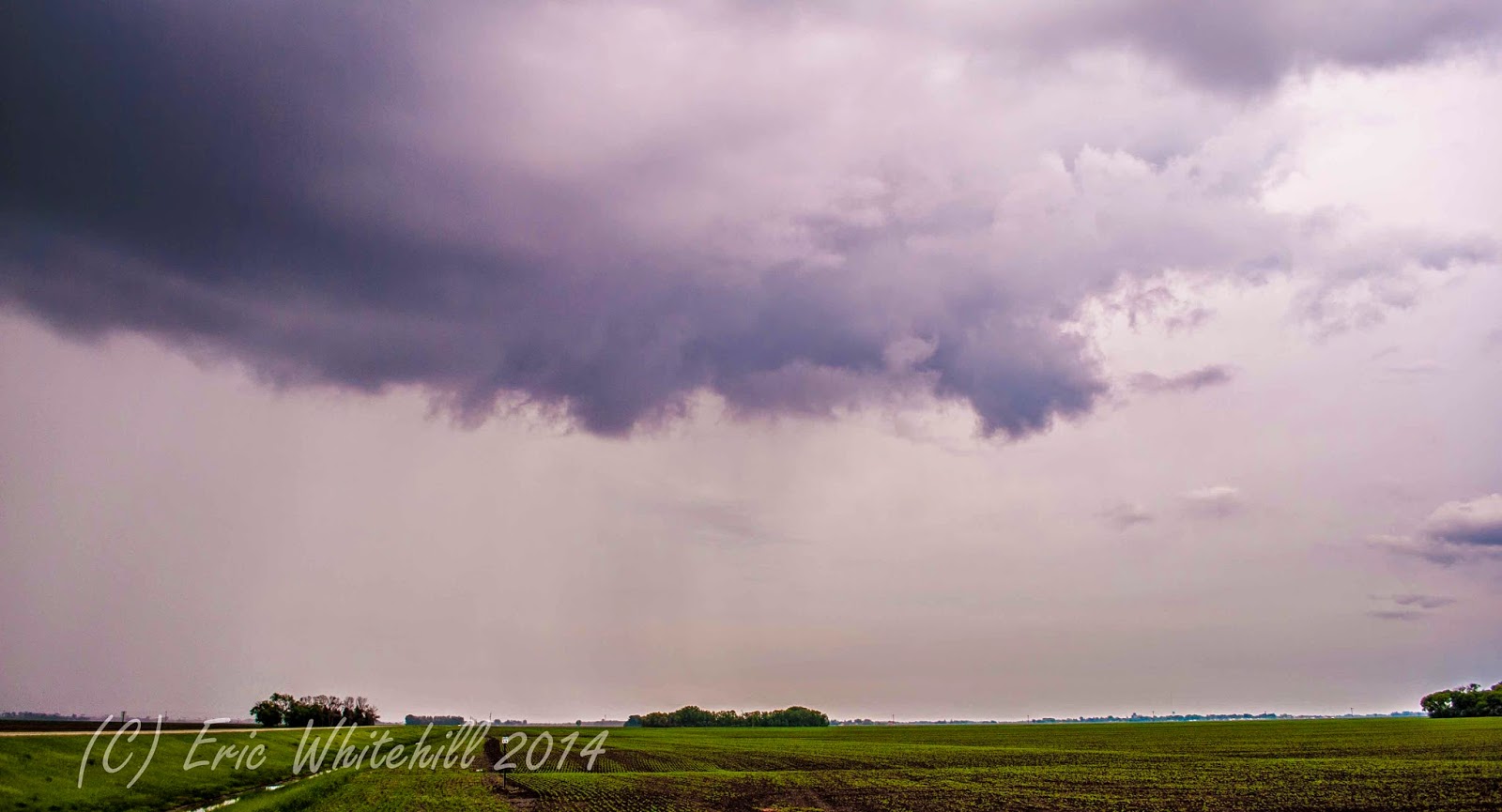 A few minutes later, it tried to get it's act together just a tad more, including what appears to be a nice look-alike with a rain shaft in there.  Nothing tornadic, just some pretty clouds. 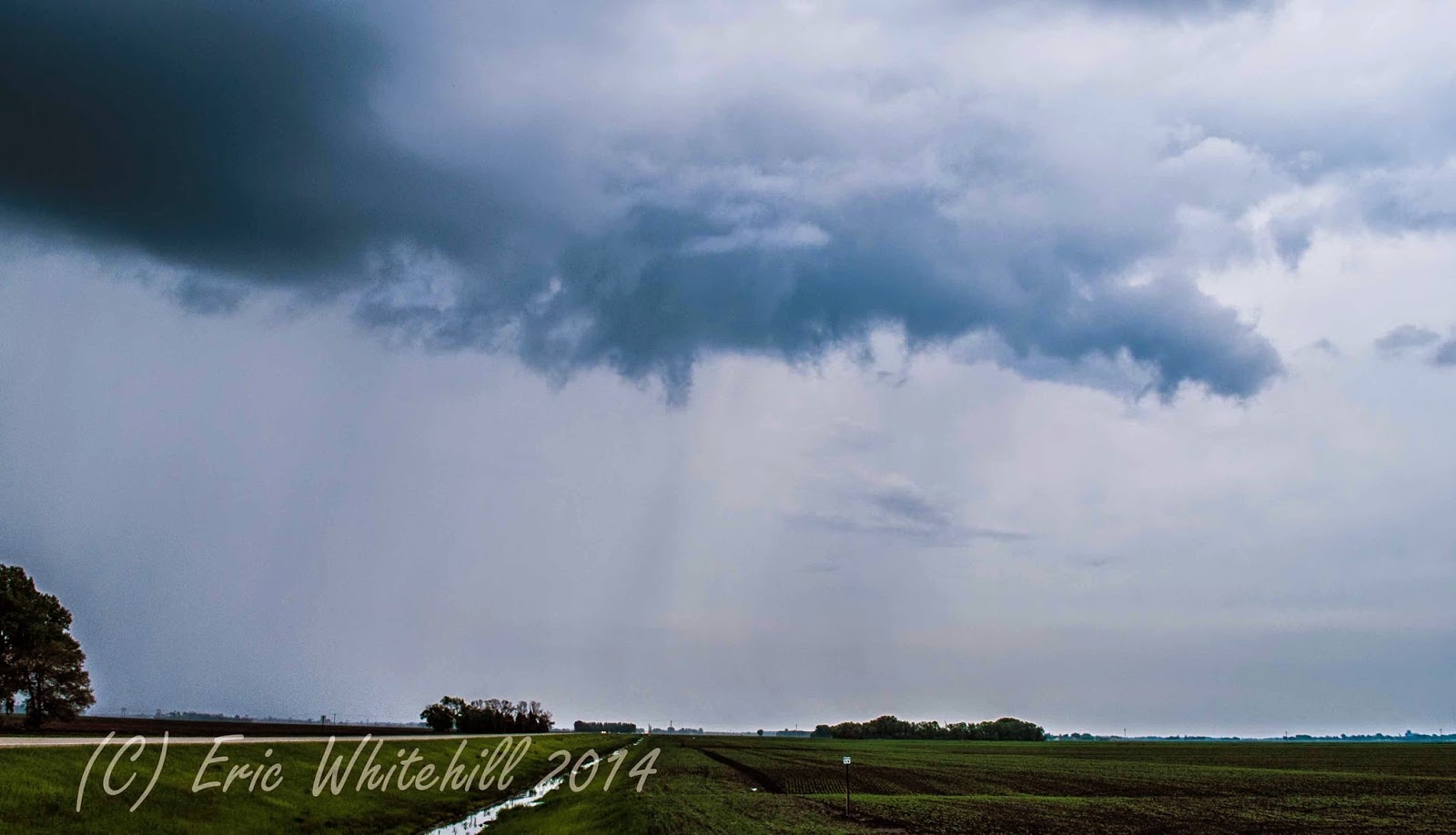 Not long thereafter I talked to Brady Herring, and we went our seperate ways.  I decided to plow deep into the heart of Barnes County, where I was greeted with a shelf cloud.  With something fun going on underneath it.
Now, take a look at the dead center of the photo, HIGHLY enhanced and zoomed in.

Hold your horses - before people get all "WHAT.  IS.  THAT!!!", keep in mind I was a LONG ways away from this storm.  Also, it was behind trees.  I have no idea what that feature is.  99% chance it's all scud.  I believe it's in the wrong place for it to be what many people think it might be.  But, I don't know what it was.  So, I did the safe thing, rather than call the NWS or the station and blow things out of proportion, I just watched it.  Sure is a good look alike though!

And now the storm started to get a pretty nice looking shelf cloud on it.  Precip core off to the right with some nice cloud-to-cloud lighting brightening up my night.  Pretty storm!

It was about this time, I did the #selfiewithashelfy pic.  It's a trend started by Bill Doms, and I figure I'd just keep it up.

It was about this time I took one more shot, and then started the long winding road home back to Fargo.

And, we had just a few tornado reports this day in North Dakota.  I think at this point we were either tied or leading Oklahoma with the number of official tornado reports for the year. A very nice chase, and everything worked as planned.  My new gear is working awesome, and more upgrades are coming!

The question is, would mother nature keep pace and keep things active this week for us?  Oh yes she would!
Posted by E-Dubs at 9:36 PM