Since storm season really hasn't started up here in the Northern Plains yet, I'm doing another 'blast from the past'.  This day shows really how dedicated I am to chasing.  This date, August 5th, 2006, was the day of my high school reunion.  Instead of going to my reunion and seeing friends I haven't seen since graduation, I instead look at the SPC Day 1 for this day, and decide to go chasing instead.  Of course, this is the graphic the greeted me that morning.
A Mod risk, on the day of my high school reunion.  Hrm....tough choice there!  See you in another 10 years classmates!

The kind folks at the SPC made things even better for me by starting the day off at the 12Z outlook with the following:

Yeah, guess what?  We're now not only SO going chasing, it's a day of if I had to work, I'd be calling in sick saying I have "SDS" and my doctor has strongly advised me to take the day off due to "stress".  Note, don't use this excuse if your boss just so happens to watch the same TV station you work for, or is a weather nut.  It could cause 'issues'.  Granted, my boss is great and understands that if I see something like above and I _don't_ go chasing, I'm not worth much more than a bloated sack of protoplasm, to borrow a phrase from the TV show "Ren and Stimpy".

By the time we got to 20Z (3pm for normal folks) the SPC had changed things around and we were now looking at a 5% tor risk, but an enhanced risk for large hail.

Either way, things got going close to 5pm near the Cass/Barnes county line.  The chase was on! 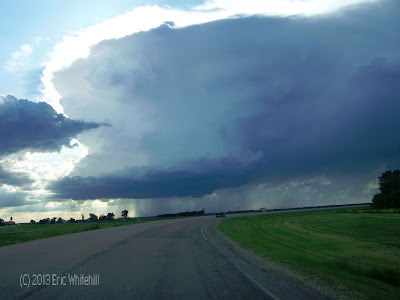 At 5:20pm, the storm was starting to really get it's act together. 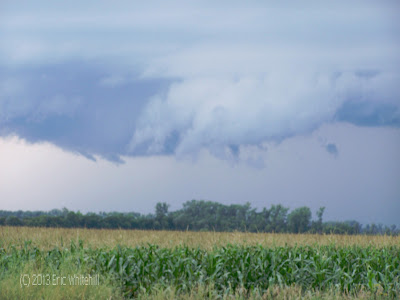 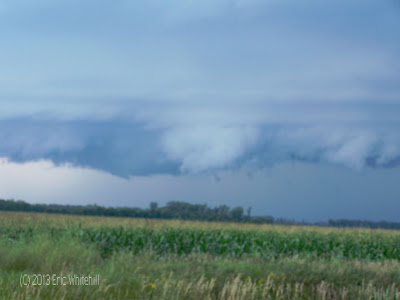 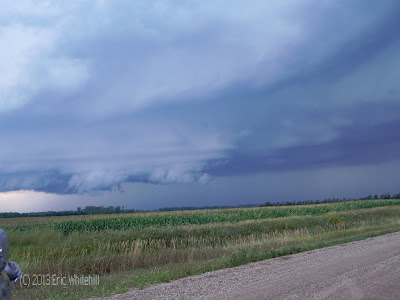 By this time the storm was tornado warned, due to the wall cloud which was rotating.  One minute later, the storm was starting to do this: 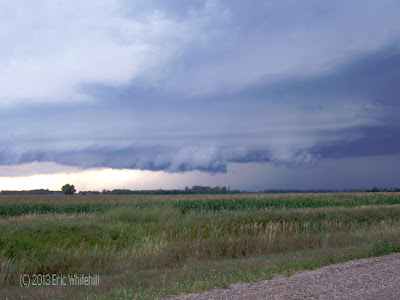 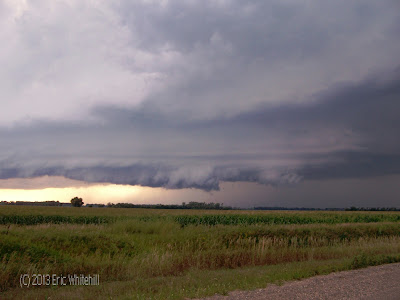 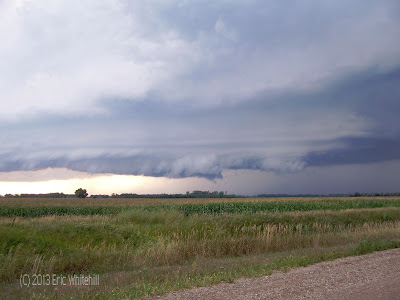 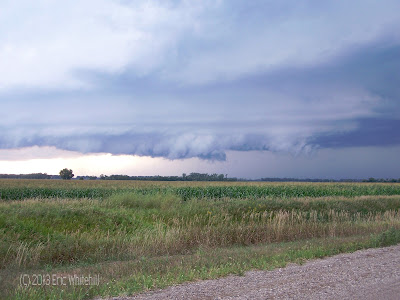 Of course, at this time the storm was developing a funnel.  What does a good storm chaser try to do?  Do his best Vanna White impersonation.
This picture was taken near Leonard, ND at the same time other spotters were reporting the funnel was  on the ground.  I never saw evidence it was on the ground, but apparently it was. 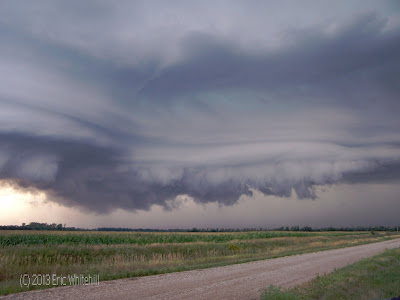 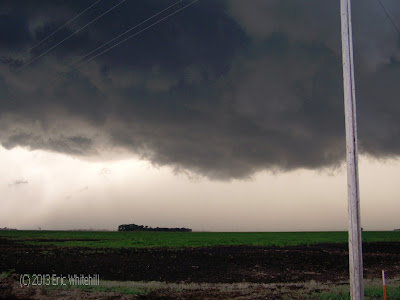 Of course, at some point I have to add in a pic of radar from my laptop.  Thank you Baron Threat Net!


As this storm got closer to the Whapeton area, it remained tornado warned, but really never came close to producing again.  The wall cloud started to get gusted out by the RFD as you can see from the progression of the pics below: 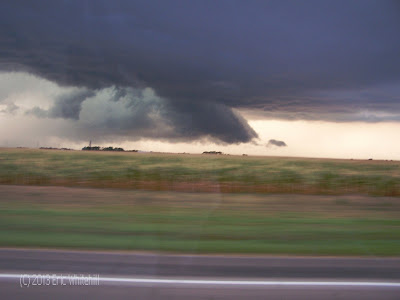 This was one of those days where there were chasers from all over the planet up here.  It was also the day when someone in a red pickup decided they wanted to stop in the middle of the road while not signaling and hop out of their car and take photos.  Good thing I had my head up to make sure I didn't make a sudden impact with them!  It was one of the few days when I can remember the number of chasers on the road this day actually made it a little harder to get around.  This was also the day I had my good friend Bill Doms nowcasing for me.  If you haven't seen his work, check it out.

While I never saw it on the ground, later damage surveys from FGF determined there was some damage.


This was also the day when Roseau was hit by a tornado as well.  It did some pretty nasty damage around the city.

Either way, it made for a pretty good chase day for me locally.  As for the class reunion, I'll be going to the next one.  Sorry guys, but sometimes chasing takes priority!

As for this winter, I'm so tired of snow.  We're looking at another winter storm hitting us with the possibility of over 7 inches of snow Sunday night into Monday.  UNCLE! 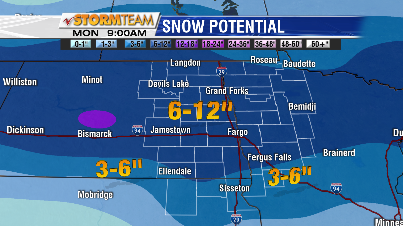