Inbetween filming episodes of the TV show "Twister Sisters", I had a couple of weeks at home.  So after chasing solid for a few weeks, what did I do?  Went right back at it.


Made my way down towards McLeod, ND.  As I got further towards the storm, it got the 'TAKE ME TO YOUR LEADER" shape. 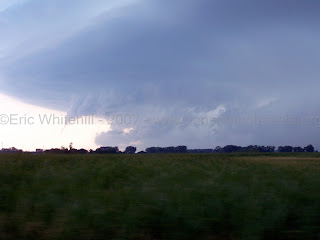 And then it got to the "BEAM ME UP, SCOTTY!"  look to it....
Turned into just a beautiful supercell.

I did happen to have my Inspeed Anenomenter with me.  Here's what I found:


Once the storm passed me, since I was trying to be a little 'too' gutsy, and I ended up in the core, all around me the trees were down, and the crops were damaged.  There were also numerous hail piles on the sides of the road. 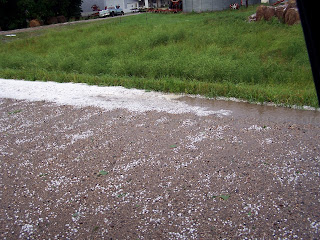 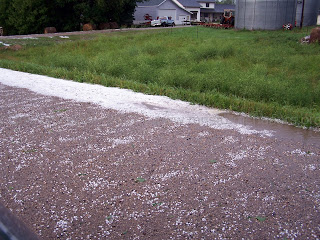 This made driving on the roads a little more difficult, as in this part of Ransom county, almost all of the roads are dirt.  Since it had been fairly wet around this time, I was slipping and sliding around quite a bit.

At least in the end, I was treated with a pretty nice view.