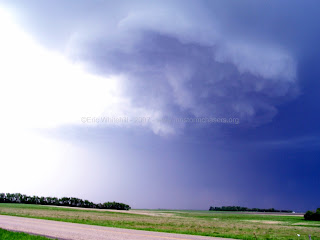 This is my very first blog post....ever.


Nice little RFD slot there starting.  LCL's this day were insane, and so it would take a miracle in order to get anything to actually touch down.

As the storm progressed, it kept working at it, and I figure, let's let the RFD pass over me.  I mean, I didn't really have anything else to do tonight, did I?

I had heard about the tornado report in Griggs county earlier in the day.  Didn't think anything would happen here, but heck, it's a neat-o storm anyways.

About this time RFD started to work it's way in and around.  Hrm..... 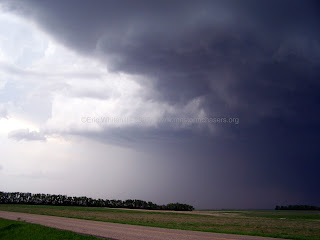 So, just after my camera died, three little dust swirls appeared below the little feature there.

As we look at spotter reports later on that night....

This is my first blog entry of hopefully many as I go through and start the process of putting up some chase logs.